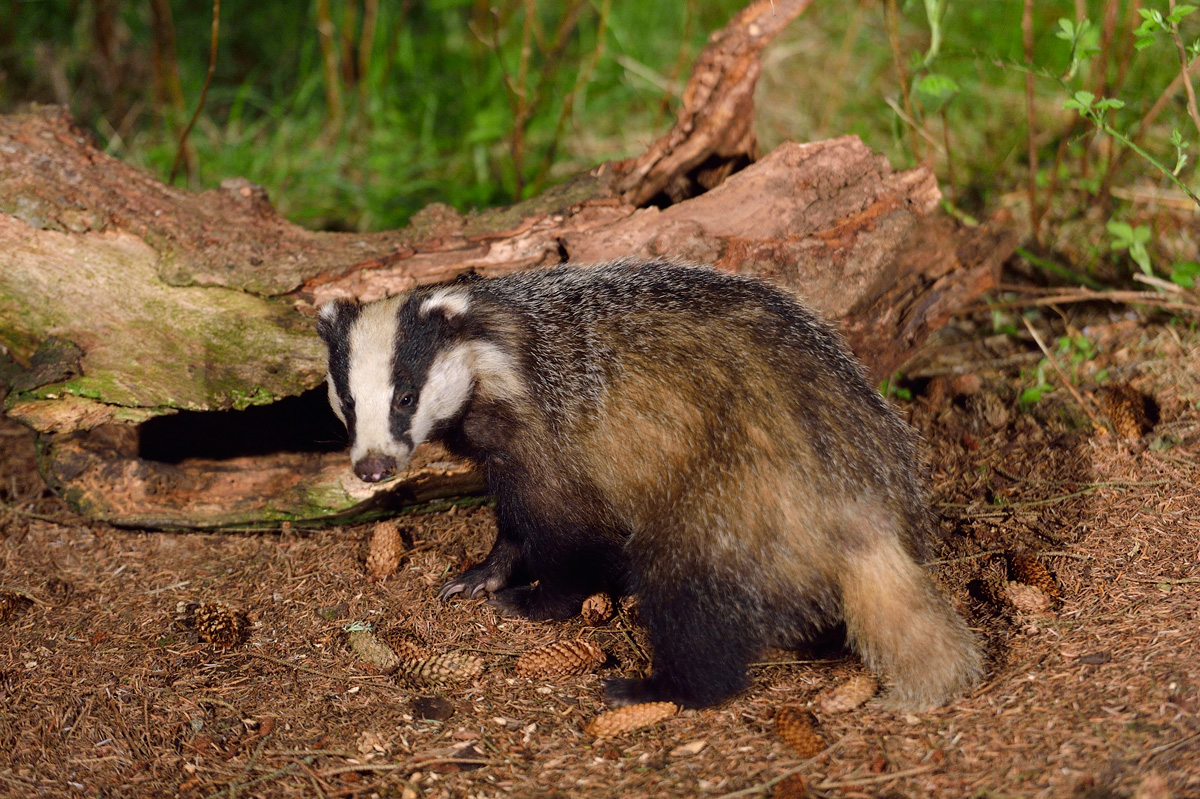 Having been at Aigas for almost a month and not seeing a badger, I decided to head to the Quarry Hide on a night off and wait for as long as it took in the hopes of seeing one of Britain’s largest land carnivores. At 7pm, after baiting the logs at the hide with peanuts and peanut butter, we headed inside to wait.

Not long after we had arrived, the trees to the left of the hide rustled and we saw a shape moving around. It was a barn owl which flew around for a bit before perching on a tree trunk directly in front of us. It stayed there for a few minutes, giving us a good show before flying off into the darkness.

Only a few minutes later, the bushes towards the back of the open area moved and we caught a glimpse of something white before it was gone. Seconds later, the flash of white reappeared. Looking through binoculars, we could just about make out the top of a badger’s head poking in and out of the bushes, tentatively working out whether to make the step out into the open.  Eventually deciding against it, the badger retreated back into the shadows. 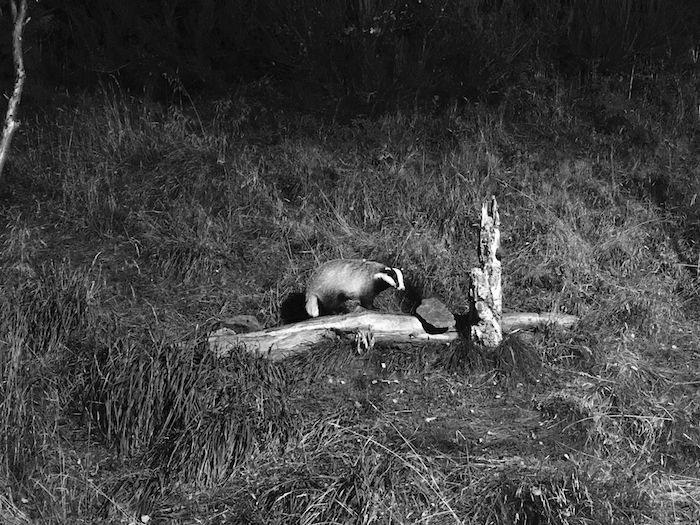 We didn’t have to wait long before our next wildlife sighting, when a pine marten scurried into view. Unable to shift any of the heavy rocks protecting the peanuts for the badgers, it ate what it could before heading back the way it came.

By this point, the badger was getting braver and we spotted it poking its head back out of the same bush as before. We waited in anticipation for its next move. Gradually it emerged until its entire head and body were out in the open. This was my first full view of a badger. It headed towards the baited logs before changing direction and departing just before it reached them. 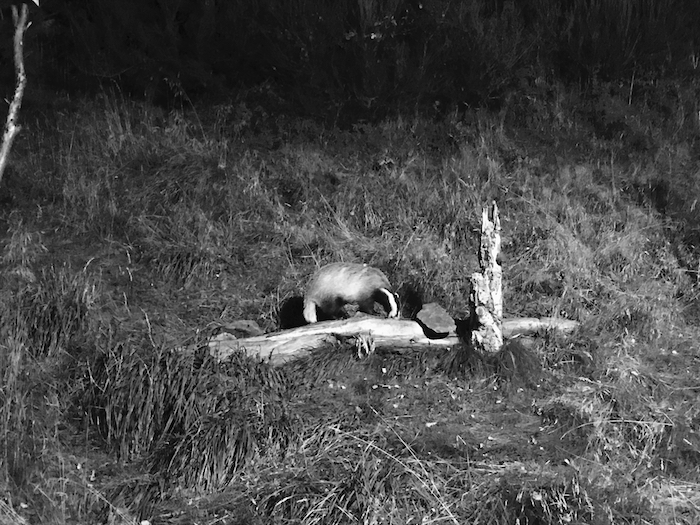 I would have been content with this sighting even if the badger had not been seen again all night but we waited just in case it would make another appearance in the hopes of getting some peanuts.

Luckily, it wasn’t long before the same badger reappeared. This time, it seemed to have built up its confidence and went straight for the baited logs. Using its head, it effortlessly knocked the heavy rock protecting the peanuts off the log with so much force that it rolled all the way towards the hide we were sitting in.  It began munching on the peanuts in the uncovered hollow in the wood so loudly that we could hear the faint sounds of crunching even with the hide windows shut. It shuffled along the log, snuffling up the nuts as it went for around 15 minutes and then decided it had had enough and headed back to its sett.

After this amazing sighting, we waited a bit longer and saw a flash of a mouse before calling it a night. Overall, it was an incredible night for wildlife viewing.