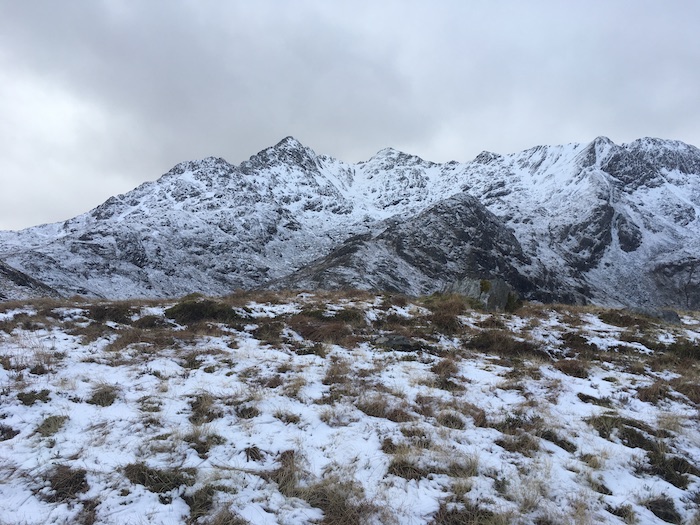 On the final weekend of ranger training, the whole Aigas team journeyed West to Glenshiel for a chance to unwind after an intensive 8 weeks of learning all that we could about being a ranger in the Scottish Highlands. Winding our way through the valley, we gazed up at the rugged mountain ridges that towered either side, our appetites whet for another day in the mountains by a wild and windy group hike up Meall Fuar-mhonaidh earlier that day.

The next morning, we set off on a short drive to the start of our walk. The mountain we had chosen was called ‘The Saddle’, a 1010m (3313ft) craggy beast standing apart from the seven-mountain Glenshiel ridge to the East. The first part of the ascent took in part of the smaller mountain Biod an Fhithich (gaelic for ‘pointed summit of the Raven’), and after a couple of steep kilometres, we got our first views of The Saddle.

Pushing higher above the snow-line, we had to make a decision about what lay ahead: should we take on the Forcan Ridge (a scrambling route, at times knife-edge with sheer drops), or head around it to the south on snowy, pathless slopes. A few strong gusts of wind made out minds up; we would avoid the blustery ridge.

As we walked on, the snow got deeper, in places forming huge icy sheets. I was glad that we had several experienced winter hillwalkers in the group to guide use through the unfamiliar terrain! Rounding a corner, someone spotted a pair of ptarmigan just 10 metres away! They had started moulting out of their pure white winter plumage into a cryptic grey and white mosaic, so blended in perfectly with the snowy boulders. Upon reaching a small plateau, we were gifted with incredible views in all directions.

Stood before us was the most challenging part of the ascent: an incredibly steep, snowy slope with large icy patches that we had to weave around to avoid. The summit was in sight, but we had 300m to climb before reaching it!

A short walk on from the top of the slope, we arrived at the summit cairn. Thin, foggy clouds were drawing in, but we had brief unrestricted views on the stunning landscape around us. We stood a while, appreciating being atop a truly awesome mountain. 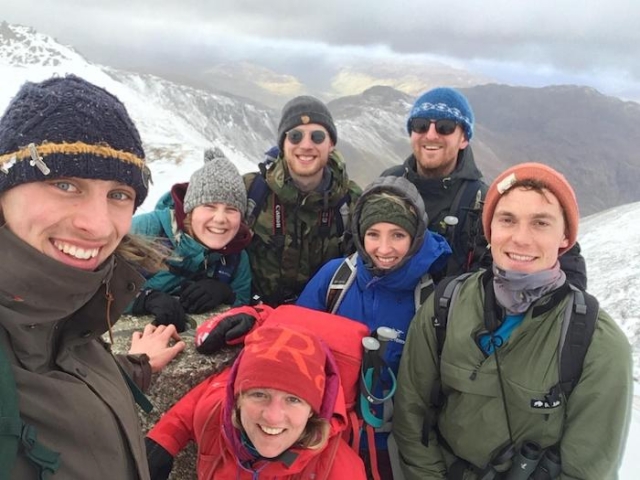 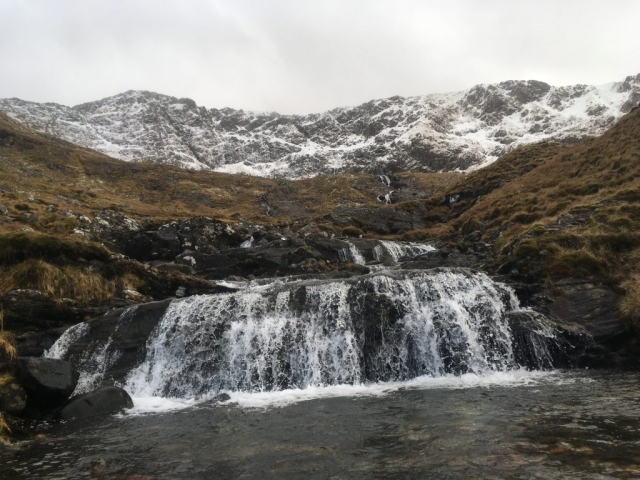 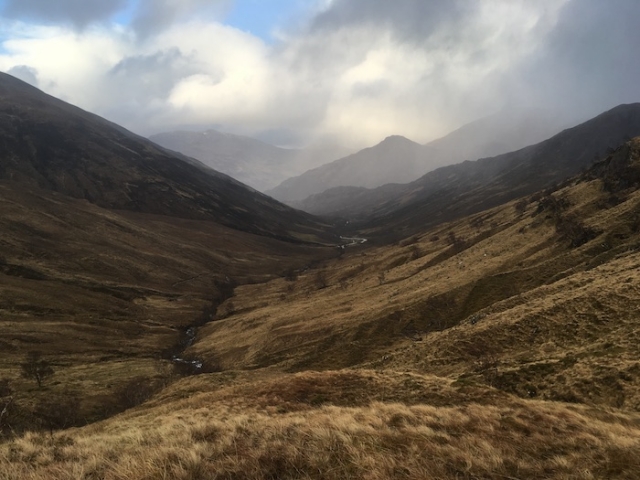 The weather turned on us at times during the descent, with strong winds whipping up icy sleet showers as we scrambled down a snowy, boulder-covered slope. Several snowball fights later, we were half way down, and following a watercourse down the valley which would eventually lead us home. The skies cleared once again, and The Saddle rose up behind us. It was amazing to think we had been standing on top of the ridge just an hour or so before! The dramatic view ahead of us suggested we were headed for rain, but nobody minded too much. The buzz from the walk didn’t wear off for the rest of the day, I was on a real ‘mountain high’, and already thinking about when I could next get up into the hills…