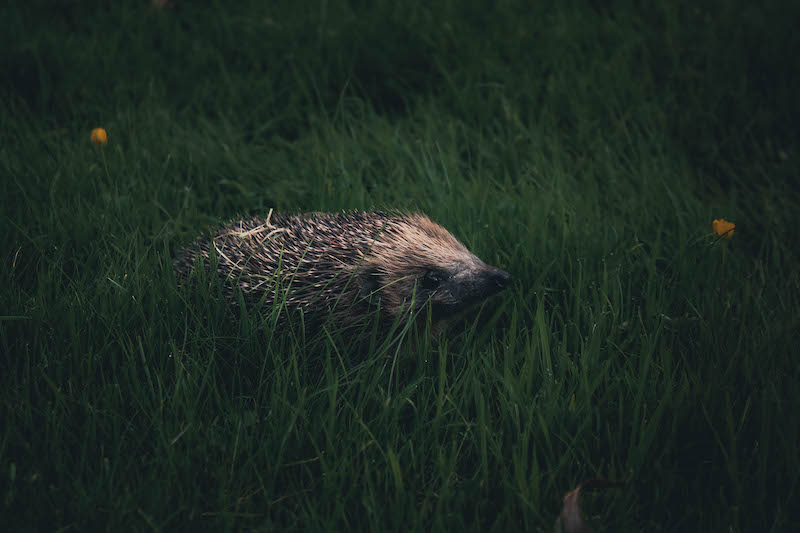 Many a night I have been out and about and seen animals that I was not expecting to see. Going out looking for pine martens and badgers is always a treat as many of you know from your visits to Aigas, but wildlife is everywhere… On my way back from hide visits I have seen hedgehogs crossing my path, treecreepers roosting in giant sequoias and deer and owls on my drive home. We are so lucky to have such diversity in our British wildlife.

Wildlife watching is something that anyone can do, practically anywhere. As I write this post, there are robins and dunnocks in the garden whilst primroses start to bloom. The daffodils sway in the wind and a crow flies past…

It is at this time of year that many of us will start seeing hedgehogs in and around our gardens as they come out of hibernation. It is difficult to estimate numbers of hedgehogs in Scotland, but it is thought that there are roughly 300,000 individuals, and about a million in Great Britain. Hedgehog numbers are thought to be declining due to agricultural intensification resulting in a loss of hedgerows and prey species, as well as roadkill on country roads. In 2019, we released hedgehogs around the Aigas estate and we have already seen signs that they are active around the loch which is great news!

As I drive home from Aigas I slow down as there are a number of roe deer on the side of the road, their eye-shine catching in the headlights and their white rump beaming bright. This is a common sight along the Aigas road. Eye-shine is often the first tell tale sign that there is wildlife around. This phenomenon is caused by a tissue in the eye of many species called the tapetum lucidum – Latin for ‘tapestry of light’ – which allows for better night vision. Light is reflected through the retina and enhances the light available to the photoreceptors which enhances visual sensitivity in low light.

A tawny owl flies past… Its downy feathers creating a perfect silence in the night. Again, eye-shine often gives the game away when perched on a tree branch along the road. Tawny owls can be early breeders and should have laid a clutch of two to three pure white eggs by this time of year. They nest in tree hollows and pair for life.

I’m nearly home and a badger emerges from the hedgerow.. I switch off the car engine and watch it scuttle away. The moon is out and illuminates its path as it scuttles off into the night…