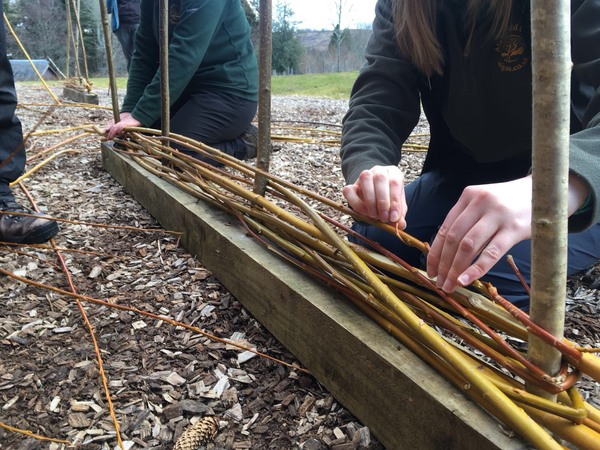 Having experienced the Aigas Ranger Training Scheme (ARTS) once before I was eager to see what new things 2018 would bring. I was most excited for the week of education training with Naturedays, the charity based at Aigas which focuses on environmental education. This week certainly didn’t disappoint and was by far one of my favorites. We took part in a multitude of activities some of which took me right back to being a young child exploring nature again. Games like camouflage and orienteering with an educational twist which Naturedays do with Primary School children proved to be just as fun for us adults. I’d be lying if I said they didn’t bring out my competitive side as well. Team building games like ‘the magic stick’ were both fun and in some cases frustrating. The aim of the game was to as a team support a stick with your fingers and lower it to the ground without anybody’s fingers losing contact. I was baffled at how difficult it was as the stick seemed to float away from you into the sky. Later in the week we did some more practical outdoor activities such as pond dipping and soil sampling. Getting wet and muddy was just half of the excitement as we also got the opportunity to see amazing creatures like dragonfly nymphs which lurked in the loch. 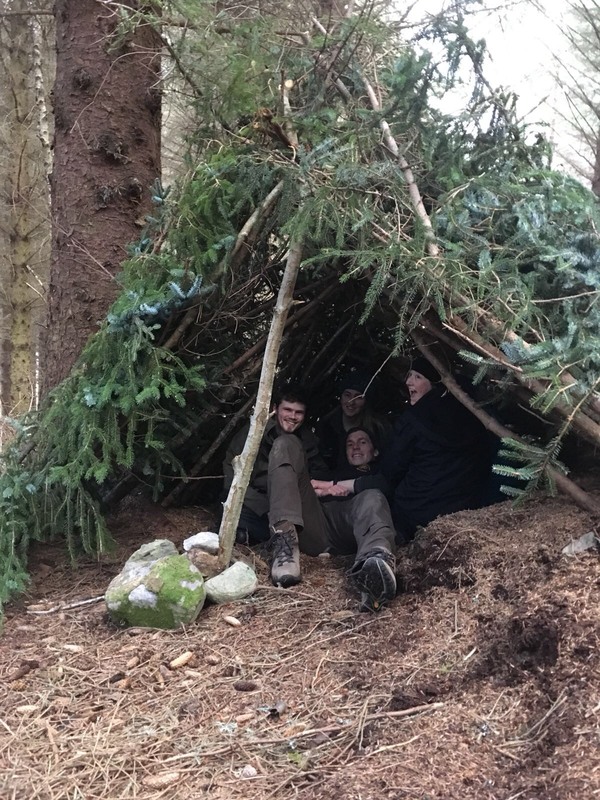 Then there were other activities like den building and fire lighting. Given the task of building a shelter before an imaginary but inevitable storm hit Aigas, my team set to gathering as many branches as possible as if embarking on a reconstruction of the Eiffel tower. The result didn’t look quite as good as that, but we all managed to fit in and take shelter.

Afterwards we got a fire going and all gathered to reflect on the day’s activities whilst cooking some homemade bread over the flames. The ‘storm’ having passed by the next day we were able to enjoy a little sunshine and do some willow weaving which as it turns out is extremely therapeutic. The willow we used was harvested from our very own cottage garden and with everyone happily weaving away the scene was truly idyllic. All in all, this week spent with the education team was both enlightening, in terms of what Naturedays get up to, and thoroughly enjoyable as well.