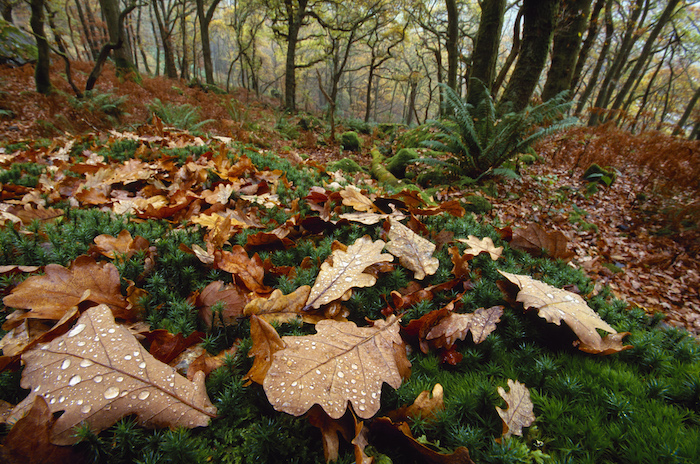 The word decomposition may have rather unattractive connotations – perhaps those of dying and death –  but this is a vital process that is never more evident than in Autumn, when a walk in a deciduous woodland is framed perfectly by the falling of leaves overhead and the crunch of those, already shed, beneath our feet. But this is not the end of their story.

We welcome the fresh flush of green leaves in Spring as trees waken to the lengthening days and warming air. But Autumn is the time when the soil greets these falling tokens with open arms; leaves bring life into our soils.

In an effort to save energy, trees draw much of the green pigment chlorophyll back into their living tissues (chlorophyll means ‘green leaf’ in Greek). The rich reds and oranges of the arboreal Autumn attire are due to other pigments; anthocyanin, produced in Autumn from cell sap, and carotenoids, which until now have been masked by the dominant chlorophyll. These leafy embers that give warmth to slate skies soon give way to brown and as the tree severs its ties, so ‘the fall’ begins. 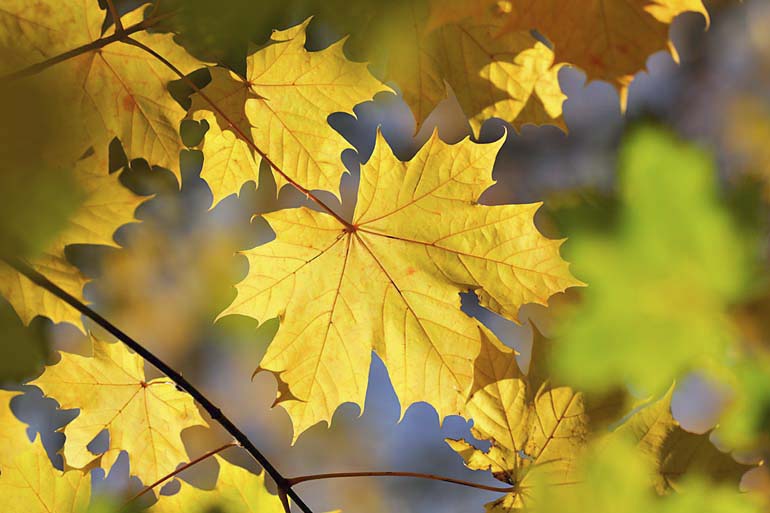 Once on the ground, the process of decomposition starts. The speed of decomposition varies with climate, soil microbes and the leaf material itself – pine needles can take seven years to fully decompose!

In the soil, ‘detritivores’ such as earthworms, beetle larvae and snails shred dead leaves into smaller fragments, creating a larger surface area for bacteria, slime moulds and fungi to break them down. This process makes water and elements such as nitrogen and phosphorous (both essential for plant growth) more accessible to plants and other organisms.

So next time you go for a walk in the woods or look despairingly at the accumulating leaves in your flower beds, just remember how much life depends on the humble autumn leaf and appreciate the ecological cycle it plays a role in.