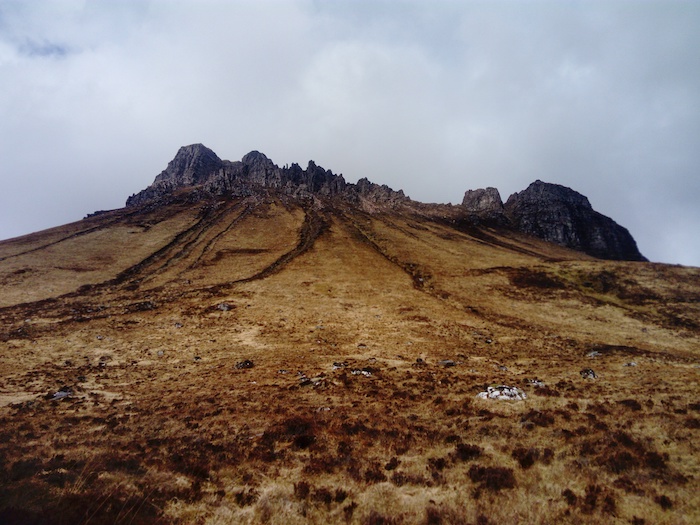 We have had some beautiful weather over the last few weeks in the Highlands, which was perfect for the many walks we did with a residential school group staying at the Field Centre. One of my favourite days was going up Stac Pollaidh, a mountain on the west coast, about half an hour’s drive from Ullapool. It is listed as a ‘graham’ for being 612m in height and translates from Gaelic and Norse to ‘pinnacle of the pools’. Indeed, there are many jagged pinnacles on the mountain itself and beautiful views out to many lochs below. 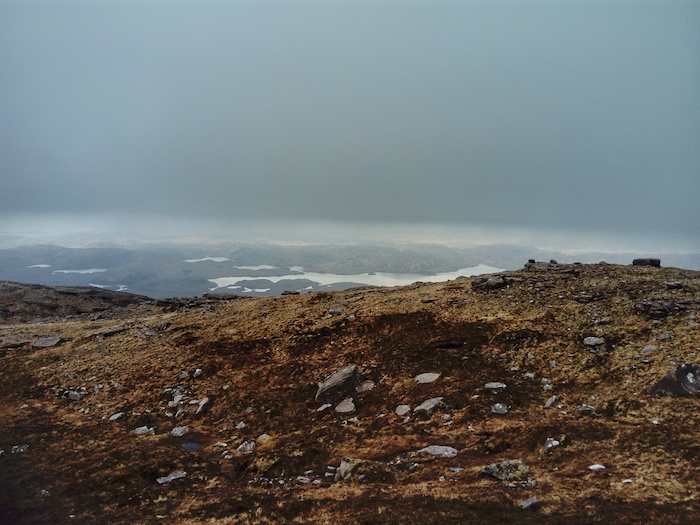 As we started walking, the temperature was perfect for climbing a mountain, and I was amazed at how quickly the kids were climbing it! As we got higher and higher, clouds started to come in and we started to lose visibility out to the view on our right-hand side, which had turned into a landscape of white cloud. It started getting chillier too, and many of us put on an extra layer. We continued walking up to the top and as we reached the summit for a well-earned lunch, the clouds cleared and we had excellent views all around. We also spotted the Aigas minibuses far below, considerably shrunken in size!

We descended the mountain via a different route and were rewarded with wildlife sightings including my first ptarmigan (Lagopus muta), a beautiful brown, black and white bird transitional plumage, part of the grouse family. The ptarmigan moults into a complete white plumage in winter to camouflage itself against the snow in the Scottish mountains. We got amazing views of several of these birds, both in flight and perched on a nearby rock; great sightings and easy for the kids to see too, a lot of them eager to use our binoculars to get clearer views. 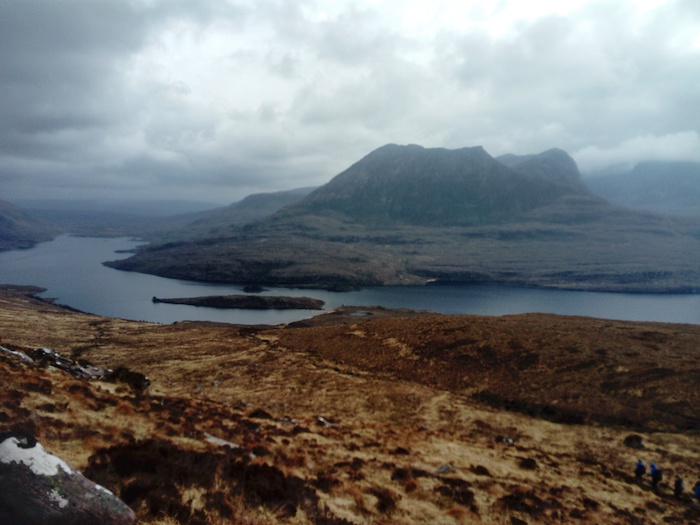 As we continued along our path, we spotted ring ouzels and a froglet too, the latter being especially of great interest to the kids.

As we finished our walk and got back to the Aigas vans we looked back at Stac Pollaidh, which had been seen as a challenge to some of the kids only a few hours before. It was greatly rewarding to see how they had completed a walk which may have at first daunted them, but they had successfully and enjoyably completed it.

We stopped off in Ullapool on our way back to Aigas for a well-earned fish and chips in the local park. I noticed larch trees coming into leaf with their vibrant green needles and their old little cones sprawled along the branches. This, accompanied by the many lambs we saw and the beautiful weather, was a nice reminder that even though some of our days are still a little chilly in the mornings, spring is definitely upon us.

Images and words by Emilie Shuttlewood