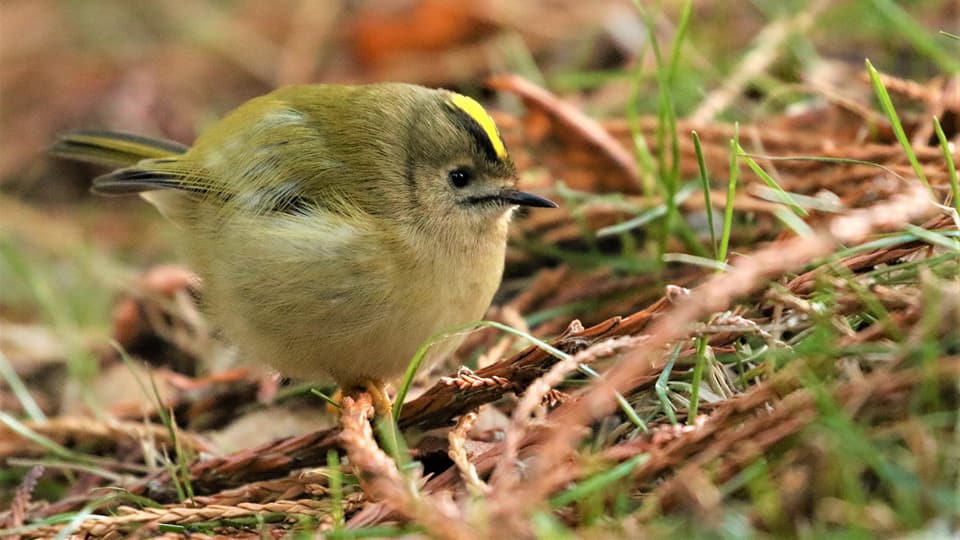 The Highlands are a great place to look for birds, and Aigas is no different! As a keen birder, I’m never far from my pair of binoculars when on site, working or just having a wander around. We are blessed to have a fantastic range of woodland bird species to marvel at on a daily basis.

The tops of the pines are filled with Chaffinches and Redwings, the high-pitched calls of Treecreepers and Goldcrest surround us, and Crossbills sing their beautiful, trilling tune throughout the year. Crested Tits live on site throughout the year, and are especially active in winter, offering us the chance to gain an insight into the world of these rare Caledonian Pine specialists. At night, the twits, twoos, hoots and screeches of Tawny Owls fill the air, and Woodcocks are often seen emerging from their roosting locations at dusk.

In my short time at Aigas as an Academic Placement student, I’ve had so many incredible encounters with birds on site.

One of my favourite things to do is watch visible migration in action. I will often clamber up to the Iron Age Hill Fort and count the birds flying over my head, often on their way further south. On one particular day in late September, the winds were blowing from a northerly direction, and the geese arrived. Throughout the day, large skeins of Pink-footed Geese flew over Aigas in their v-shaped formations, calling throughout. I counted 6,000 individual geese that day, but there were undoubtedly more at times I wasn’t birding. Pink-footed Geese have continued to arrive throughout Autumn and early Winter, but from October another migratory species has stolen the show. Redwings fill the sky on some late Autumn mornings, with their gentle but far-reaching calls heard by all on site. It’s a spectacle to see birds migrating in massive numbers, and my favourite way to start a day. Sometimes, the distinctive call of a flocks of Whooper Swans is heard whilst working on site, another species I love seeing.

It was on one morning on my way back from the Hill Fort to my accommodation that I encountered something amazing. As I walked down the path through the plantation on site, a bird flushed from the path into deeper cover. I managed to raise my binoculars, and the distinctive shape of a grouse greeted me. At this point, I was fairly sure I knew what it was, but I wanted to see it again. I continued down the path to an angle where I thought I may be able to see it. Sure enough, a female black grouse was staring back at me from the ground, before flying low through the plantation, never to be seen again. My first ever Black Grouse!

In Winter, it’s always worth checking flocks of finches for something exciting. On one day in early November, when working with the education team, I raised my binoculars to look at our bird feeders outside the Magnus House, and a Brambling was feeding on the floor. Whilst not particularly rare this far north in Scotland, I love their bright orange colour and their call. Since seeing the first one, I often hear and see a Brambling with the Chaffinch flock on site. There are at least two individuals on site, and I hope they stay throughout the winter.

When I started working at Aigas, I set myself the challenge of finding a bird that has never previously been recorded at Aigas. I had my eye on a Yellow-browed Warbler in the plantation, or a rare duck briefly landing on the Loch. One bird that I noticed was missing from the Aigas list which surprised me was Snow Bunting, so my ears are always on alert for their call. In the last week of the season, I was up near the Iron Age Hill Fort with guests, when I suddenly heard the call I had been waiting for. I frantically raised my binoculars to see the shape of a Snow Bunting heading south-west over site. Success!