The morning was expected to be like any other – I had all of my normal jobs to do (with the addition of sorting through a moth trap that I had set the night before), however, it was to turn out very different.

After potting all of the moths that I had collected I began my usual daily jobs. First was topping up the hazelnuts and peanuts at the squirrel hide. Before I could sit down a red squirrel was in. As I sat watching, the peanut feeders filled with fledgling great tits, chaffinches and siskins. In a flash they took off. Two juvenile great-spotted woodpeckers joined the red squirrel.  This all happened in less than five minutes. In the following five minutes the red squirrel and both woodpeckers left and were replaced by another red squirrel and an adult great-spotted woodpecker.

Continuing on with my duties, I walked down to the kingdom hide and on to stealth cameras that I had placed in the silver birch woodland. In a truly random fashion I looked to the sky. There thermalling was an osprey, prospecting the loch. As it disappears my eyes return to ground level and focus immediately on a golden ringed dragonfly that was zooming by. 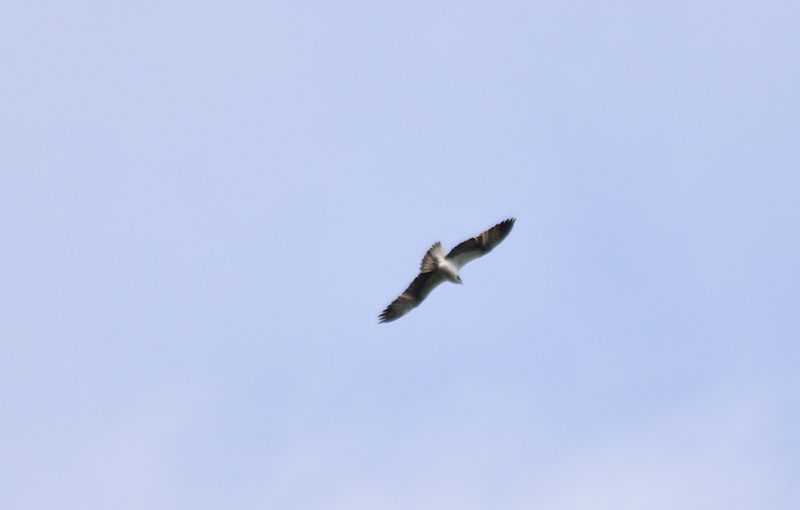 Next was checking the Campbell hide stealth camera. I sat inside sieving through the pictures when in the corner of my eye another juvenile great-spotted woodpecker comes in to feed. I looked back down to finish off the card. Something resembling a hummingbird caught my eye. A fledgling wren seeing its reflection in the window resulted in me gaining a very close up view of the young bird.

Now back in the magnus house and looking through the SD card – a red deer mother and her calf. I was just about done with the process when a flash passed the window. I ran outside and put my bins on the bird. A jay feeding on the magnus house feeders. 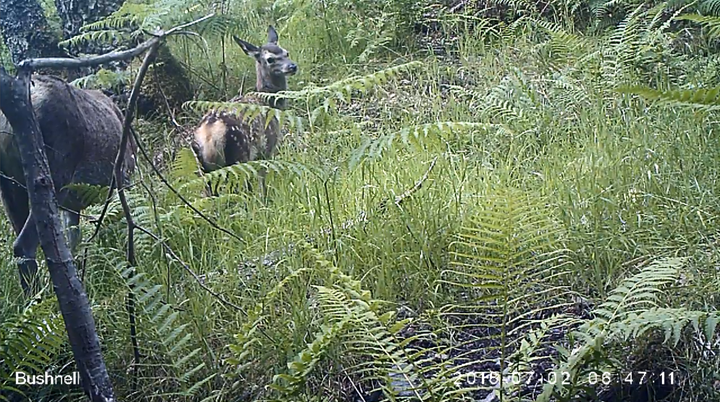 There was only one job left to do (for the morning) and that was to identify those moths that I had sorted. Poplar hawkmoth, garden tiger, drinker, brimstone, gold spangle, grey dagger and white ermine were amongst the most beautiful of catches.

Words and images by Phil Wilson