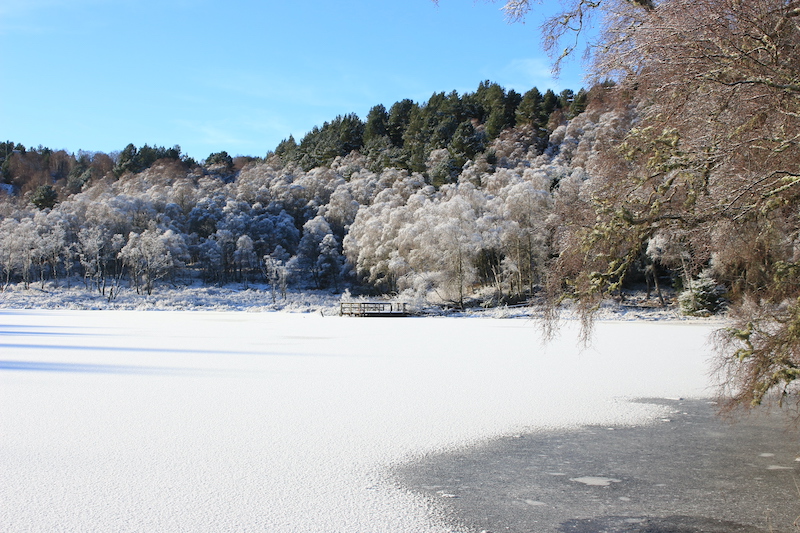 It has been a beautiful first December and January for me here at Aigas, with more snow than I have ever experienced. Just after Christmas we had our first proper snowfall of the year, which revealed all the comings and goings of deer, foxes, hares, badgers, and red squirrels by their footprints. While walking round the loch late in December I wondered how the beavers (castor fiber) were getting on; their lodge was covered in snow and water frozen solid around it. Beavers do not hibernate over winter but do become less active.

Our beavers had spent autumn filling their underwater larder (called a cache), but since we have found them to be surprisingly active over December and January. They have continued work on felling a tree just beyond Kingdom Hide, but rather than falling where the beavers could benefit, it was unfortunately caught in some surrounding trees – all that effort wasted! They moved on, and over the first week of December 2020, three small birch trees were felled surreptitiously, stripped of their smaller branches, and dragged across the footpath in to one of the beaver-made water channels and back to the loch. The beavers are very sneaky in that way; they seem to know when you put up any trail cameras and immediately start work somewhere else around the loch. It’s a game of cat and mouse!

In the second week of December, the beavers finally succeeded (apparently work on this tree started two years ago!) in felling a large birch tree (with a roughly 165cm diameter) at the back of the loch. They wasted no time in stripping off all the smaller tender branches they could reach, ferrying them back the short distance to their lodge for caching. 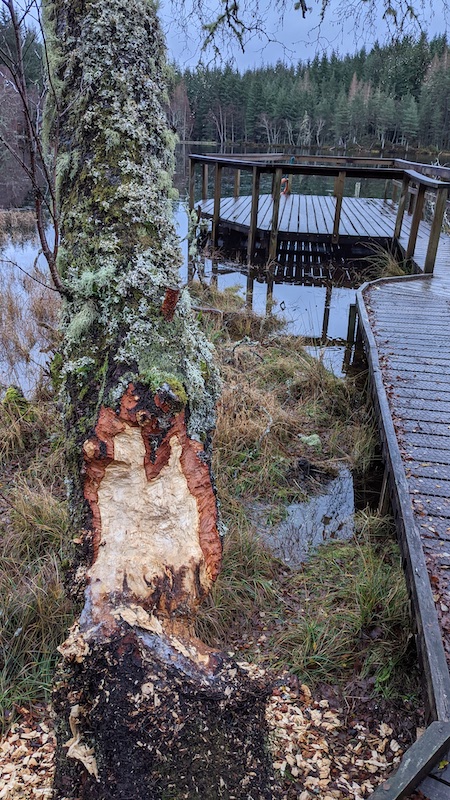 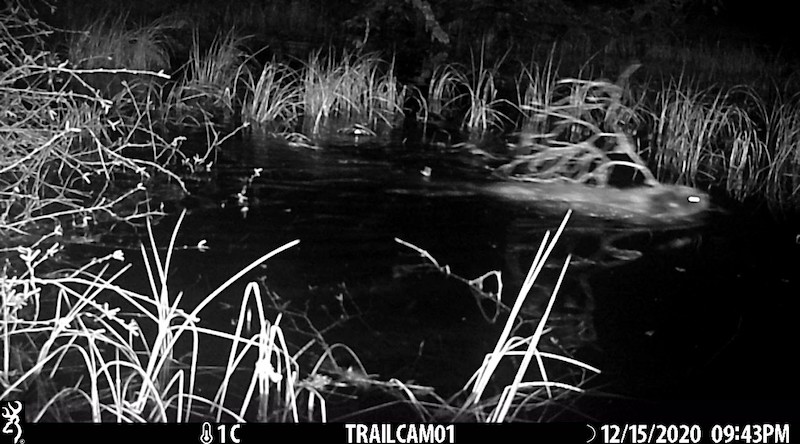 Once they had stripped the most nutritious part of the tree away, the beavers moved on to gnawing off the bark from the larger branches. In contrast to summer, in winter a beaver’s diet consists primarily of tree bark. In order to digest the high cellulose content of bark, beavers have evolved long appendices and have microorganisms that help to break up the content.  I managed to capture some wonderful footage of both beaver adults and kits at work, which also allows you to see the difference in size between the adults and first-year kits! By this time the loch was frozen over, and the beavers could be seen on the trail camera footage breaking up bits of the ice. By morning the water around the fallen tree had refroze and the only sign they had been there overnight was the freshly debarked branches and chips of gnawed bark frozen into the ice. 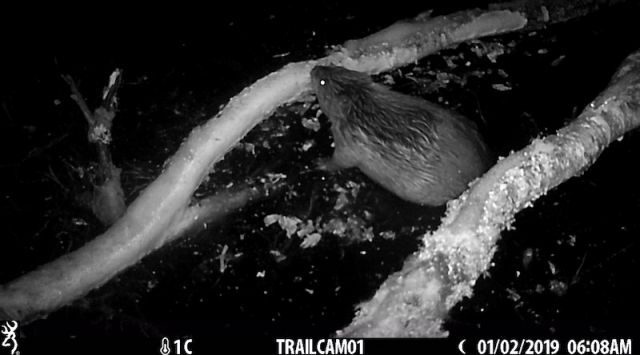 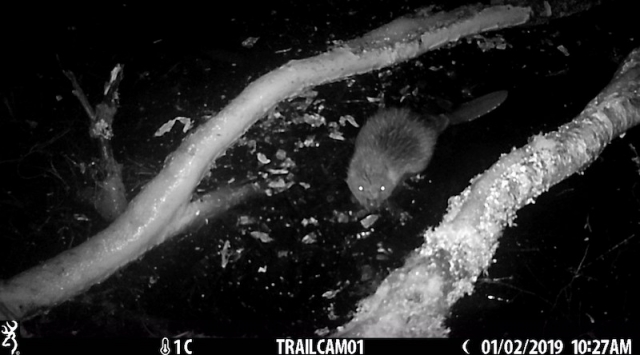 Beavers have pretty cool tails. Literally, in winter… The beavers have some tricks up their sleeves to keep their body temperature up in the coldest of waters, most notably their incredibly dense under fur which is protected by a layer of guard hairs. But another less obvious method of staying warm is in a beaver’s tail. Useful for communicating through tail slaps and swimming, it has a high surface area – a recipe for rapid heat loss. To reduce heat loss through this large appendage, beavers use what is called a ‘counter-current heat exchange mechanism’ through which the warmth from outgoing arterial blood is transferred in ingoing venous blood. Simply; the beaver only allows cooled blood in to the tail, thereby reduce wasteful heat loss in to the environment.

Walking from the beaver lodge to this fallen tree, I traced a stream of bubbles trapped under the ice punctuated with regularly spaced breathing holes which skirted around the edge of the loch. The bubbles are likely a  result of air escaping from the fur of both beaver and otter as they dive. And after some days of snow falling upon the frozen loch, we saw many tracks of said otter criss-crossing the loch and disappearing into holes in the ice, as well as fox tracks. I have a feeling the otters may even be using the unoccupied artificial beaver lodge, as a stream of bubbles under the ice lead straight to it. I will investigate with my trail camera in the coming weeks. For now, it is amazing to see, record and observe the beaver activity on the loch despite the weather, and I look forward to seeing them flourishing in amongst the loch’s summer lily pads! 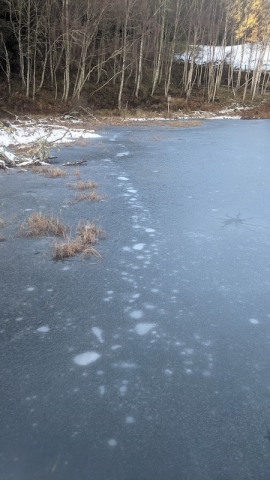 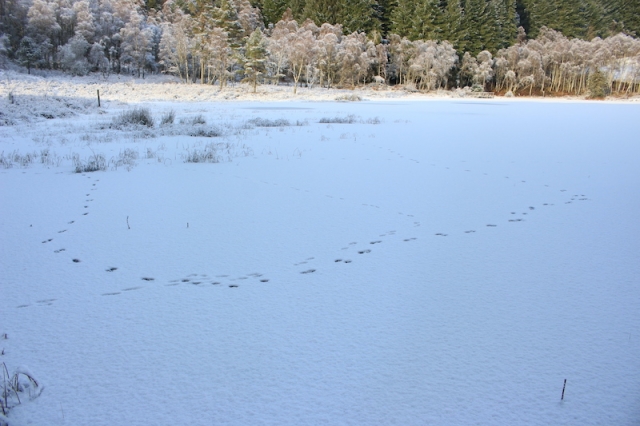 Words and images by Lotti Budd-Thiemann