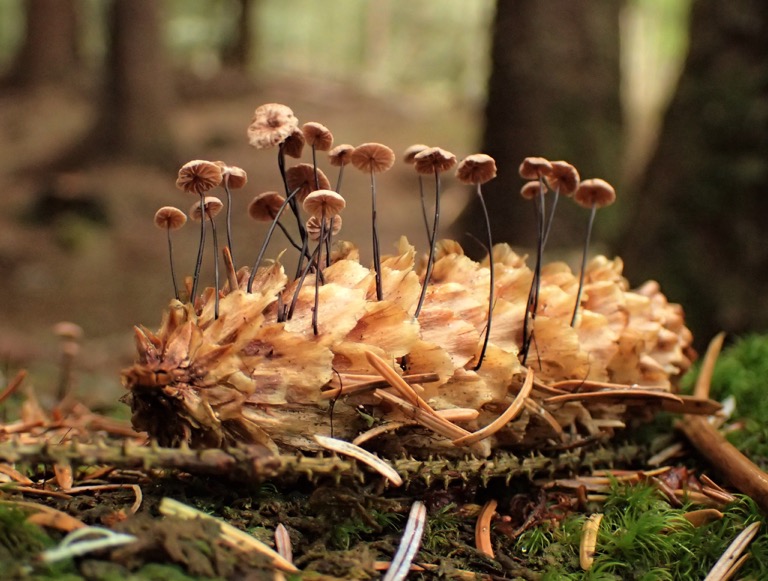 Fungi is a very difficult group to get to grips with. There is such a bewildering number of species and genera, which make identification very hard. It amazes me how experienced mycologists can recognise seemingly nondescript mushrooms at arms length.

A large proportion of the species I have identified are host-specific microfungi growing on plants.

Fortunately, last week I had the opportunity (through my recently-started placement year at Aigas Field Centre) to help out and join in with the first two days of a week-long course on fungi, led by expert mycologist Liz Holden. After only a few hours I had discovered and learned several genera and a few species I’d never encountered before.

Unidentifiable pieces of grey and brown matter became identified as beautifully textured pastel-peach Milkcaps, distinctive blue-bruising Boletes, and fascinating parasitic Spikes (Lactarius torminosus, Boletus badius and Gomphidius spp. respectively). By the end of my two days, I couldn’t believe how much I had learned to identify. For the first time I felt as if I could become quite good at identifying fungi, though it could take a few decades! Even examining spores and sections of caps under a high-power microscope seemed not only possible, but appealing!

Below is a small selection of fungi found around the Aigas site and in our nearest large valley: Glen Strathfarrar, which I visited with the fungi group on my second day with them. 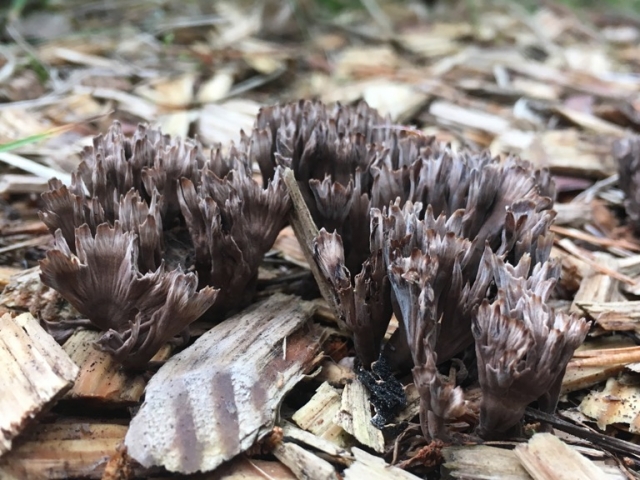 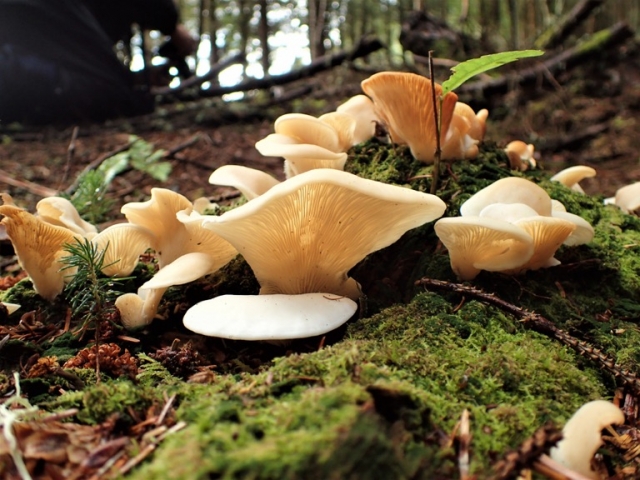 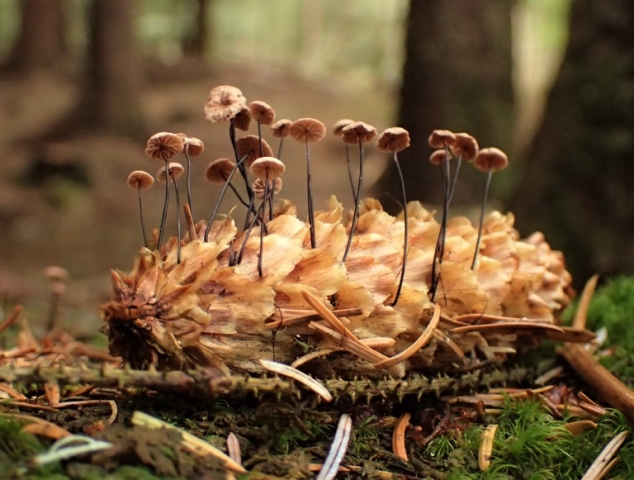 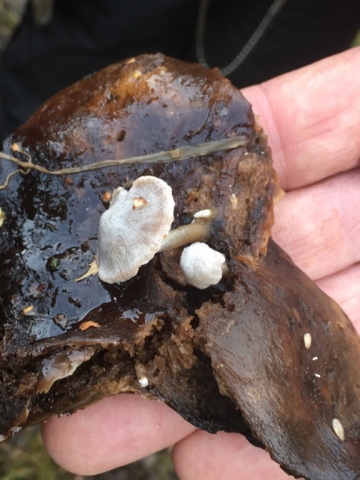 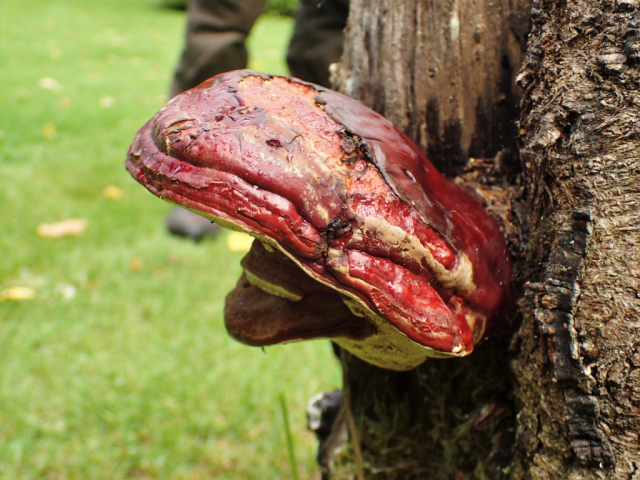 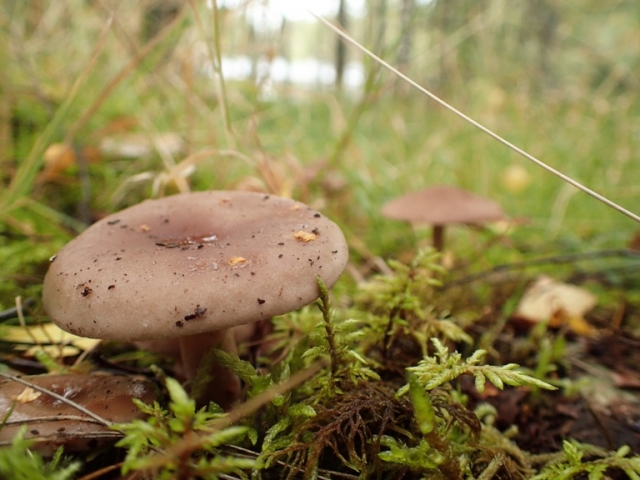 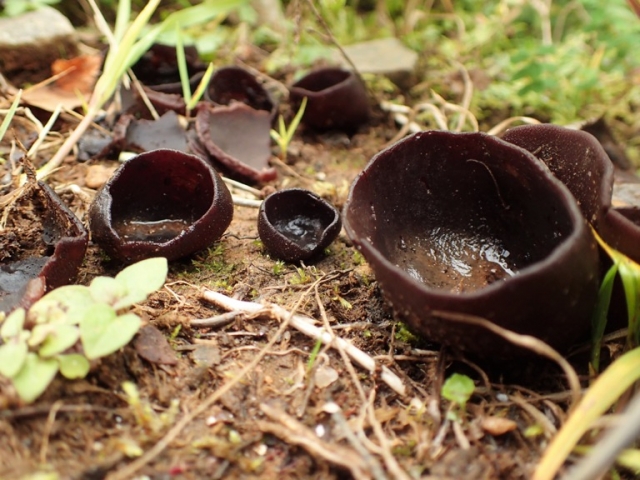 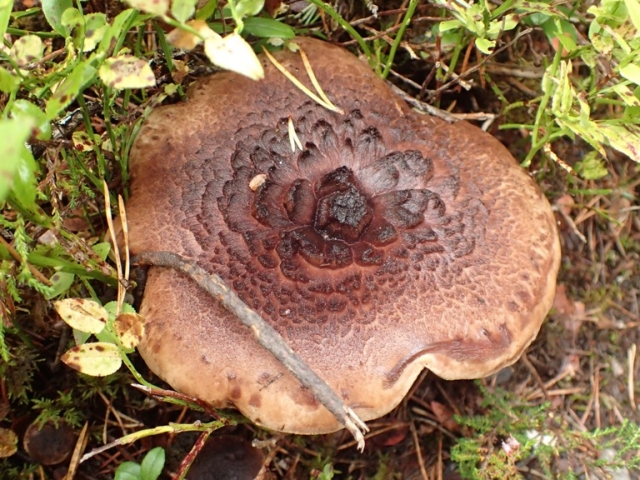 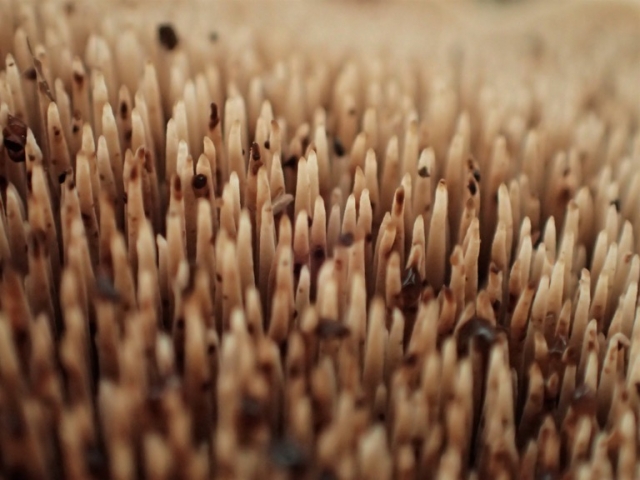 Discovering these species and learning about how they fit into their ecosystems has really piqued my interest in fungi and I will be venturing out anon to appreciate these incredible, functionally-diverse organisms in their many colours and forms!