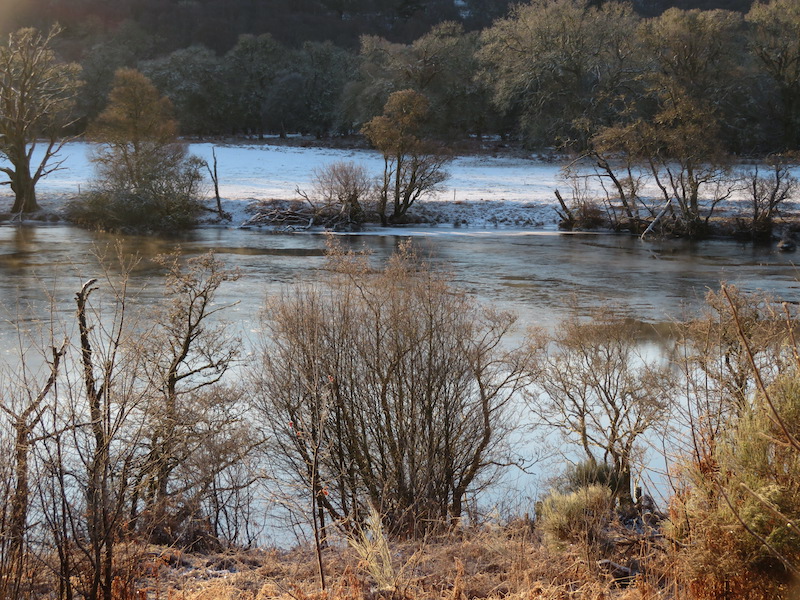 It’s been a month of extreme weather here at Aigas. We’ve had snow and temperatures down to a biting -14⁰C, followed by a relative heatwave with the snow melting even up on the hills! Fortunately, a lot of the hardy Highland wildlife seems unaffected, and we’ve had some wonderful sightings.

Since our last blog we have been treated to views of a barn owl flying past our house! The low temperatures and snowfall that we’ve been experiencing puts increased pressure on barn owls for several reasons, one: poor insulation means they require more food in colder weather to make up for energy losses, and two: their main mammalian prey is more difficult to locate with snow and ice covering the ground. Barn owls may alter their diet during these harsher times, taking more small birds while small mammals remain difficult to hunt. We were relieved to see the last of the snow melting in the glen and hope to see more of our local Barny!!

We were excited to discover recently that an old house martin nest outside one of our bedroom windows is home to a communal wren roost! During the cold winter months, Eurasian wrens will gather together at night to reduce heat loss. Usually, these roosts will number just a handful of individuals – we counted 4-5 wrens going in at dusk – but there have been records of up to 61 wrens roosting together! Communal roosts are established by the male wren within whose territory the roost is located; calling to attract other wrens. Come spring, he will favour females in his roost and males become highly aggressive toward each other.

Another addition to our bird list is the Woodcock, of which we have seen several wandering about on our driveway in the snow! During the recent cold snap, huge numbers of Woodcock arrived in Britain from Scandinavia, fleeing even icier conditions! These beautiful, cryptically patterned birds have unusually short legs for a Wader, preferring woodlands and field margins to marshland.

As well as many other new birds, we have also added 3 mammals to our Riverview list since the last blog: Brown Hare (tracks in the snow), a Wood Mouse eating our peanuts, and the eerie shrieks of a Red Fox late one night! Milder conditions over the last few days have meant a sudden increase in the number of insects around (and sometimes inside) the house. On one evening, 5 moth species were attracted to the lights of our living room window! It may not sound like many, but it’s a lot for February, especially in the Highlands. 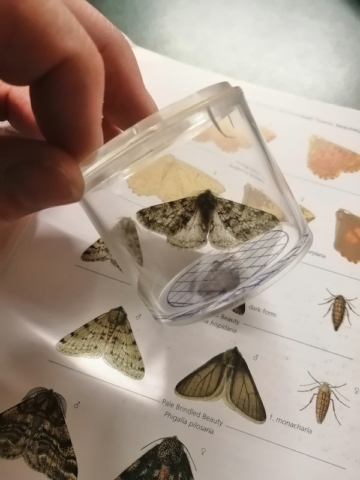 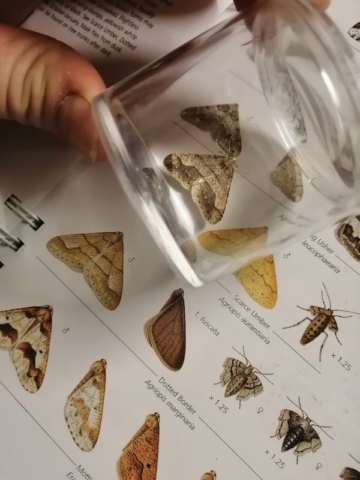 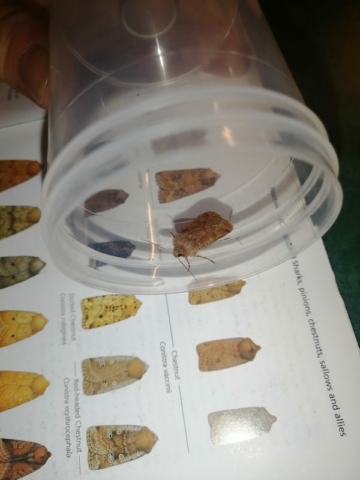 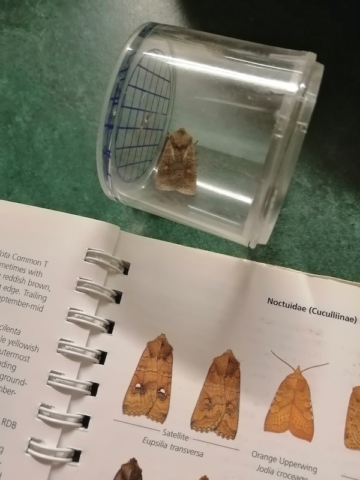 Invertebrate enthusiast Calum managed to persuade Emily to join him in spending half an hour late one night searching tree trunks with a headtorch to see what they could find! Despite the cold they found several beetle species, and a Harvestman going by the name of Mitostoma chrysomelas, which made Calum very excited! Harvestman sense their environment using their palps, which in this species are so long that they must be held folded over above their own head!