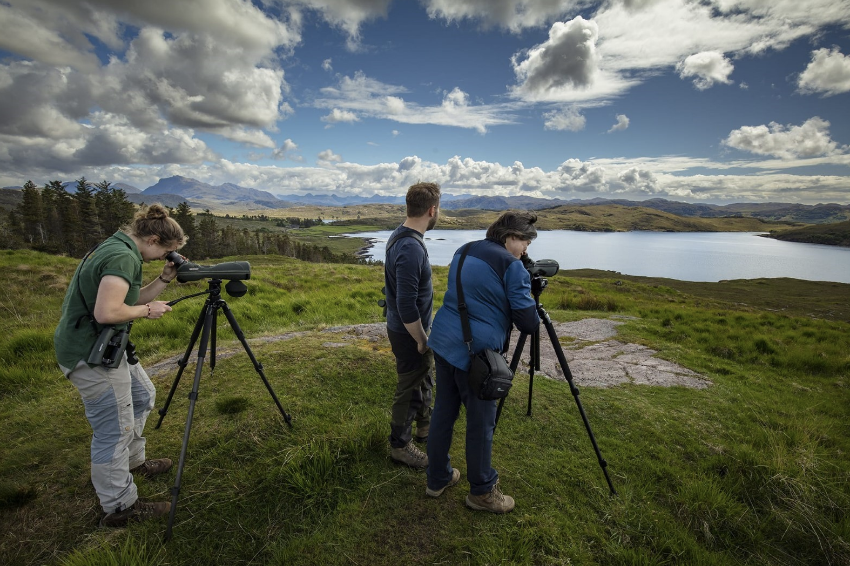 In the final week of May, Aigas played host to Wildlife Worldwide’s ‘Festival of British Wildlife’, wherein guest leaders, naturalists and professional photographers along with our own experienced ranger team explored some of the best that the Scottish Highlands has to offer. 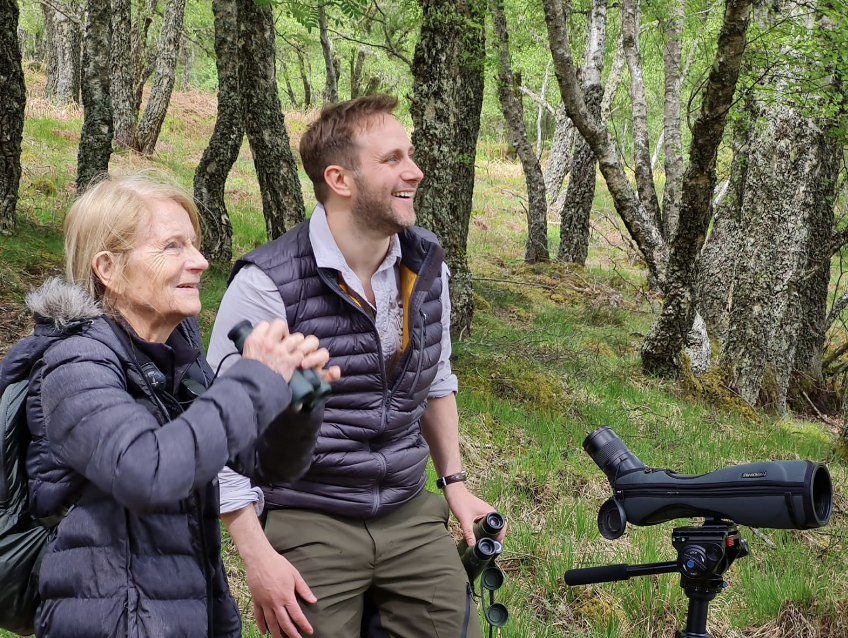 From the very first day our guests were treated to a rare spectacle up at our own loch – a white-tailed eagle and an osprey!! We are lucky enough to have regular visits from our local osprey pair but to have a white-tailed eagle spending time with us too was really exciting! 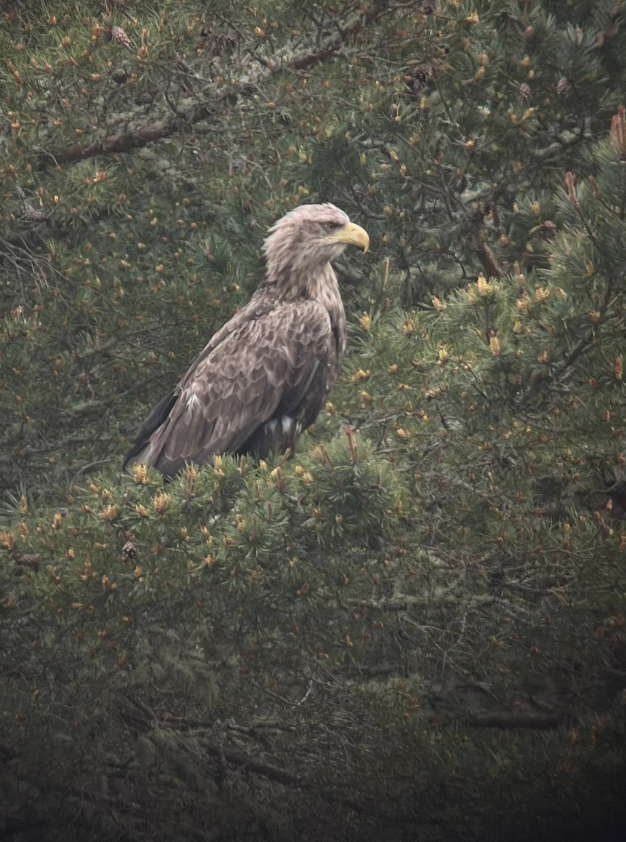 As usual the weather presented challenges at times but it didn’t stop us from getting stuck into things (sometimes quite literally!). Alex Hyde (a professional photographer specialising in macro techniques) went right up to his elbows in a bog to capture a bright orange fungus called bog beacon (Mitrula paludosa). 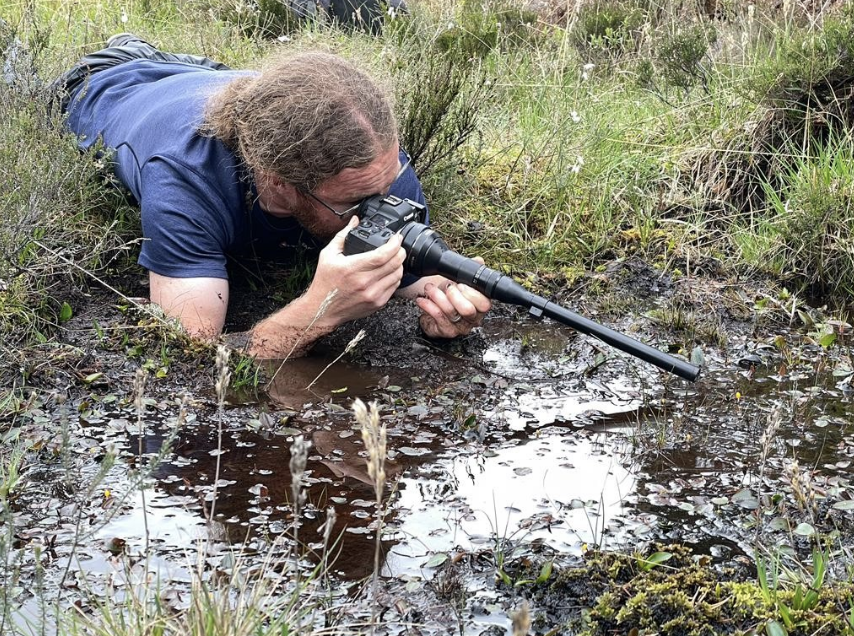 The boat trip into the Cromarty and Moray Firths was soggy to say the least – one guest group becoming the ‘Sodden Seven’ – however, they were rewarded with fantastic views of dolphins and seabird colonies, before they returned home to a cosy fire and no doubt a ‘wee dram’ later on!

But when the sun did shine it blazed, and the dramatic scenery of the west coast was revealed, as stunning as ever. 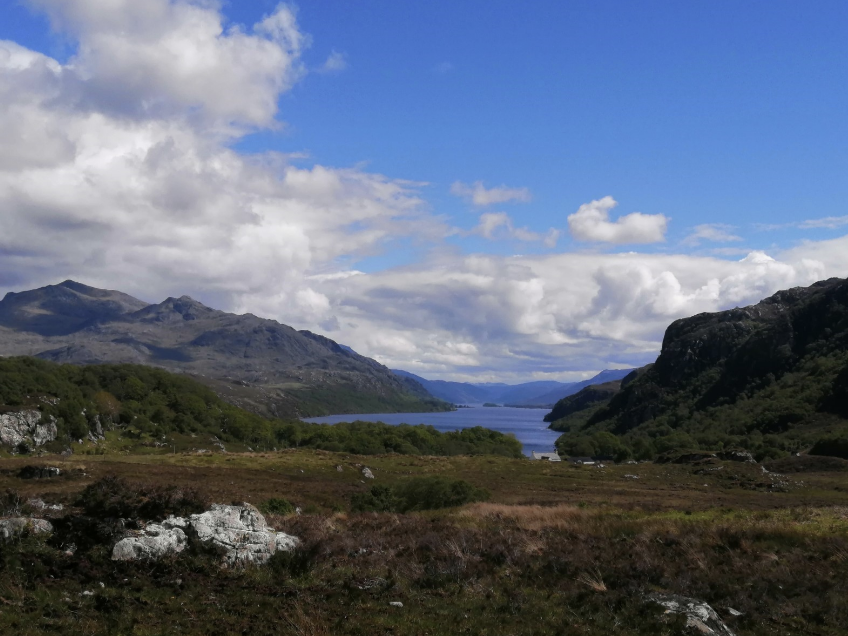 We couldn’t have chosen a better time of year; spring has exploded in the Highlands, with rowans, hawthorn and horse chestnut flushed with creamy blossom, and the fresh green of birches, hazy bluebells and golden gorse flowers brightening even the dullest of days. Wildlife is at its busiest now – warblers and skylarks thrilled us with their musical prowess, and cuckoos teased us to try and spot them! Our wildlife hides were full of action too; early morning beavers, otters and osprey and evening visits from pine martens, badgers and bats, as well as the delightful antics of red squirrels in the pinewood! 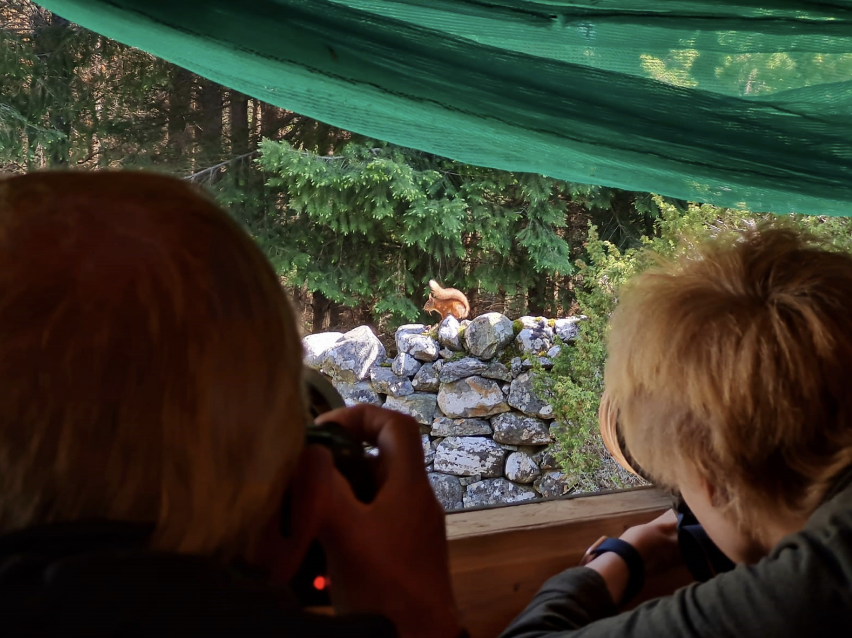 No matter how many times we visit places or how well we think we know them, wildlife always has a way of surprising us and we value continual learning and discovery. Having the opportunity to work alongside other professionals meant that not only did our guests enjoy a fully rounded experience with experts, but our team was also able to exchange ideas and knowledge with photographers Alex Hyde and Neil Aldridge and naturalists Nick Baker and Mike Dilger. And I must give a special mention to Dan Free for his outstanding raptor-spotting capabilities and for organising this event. 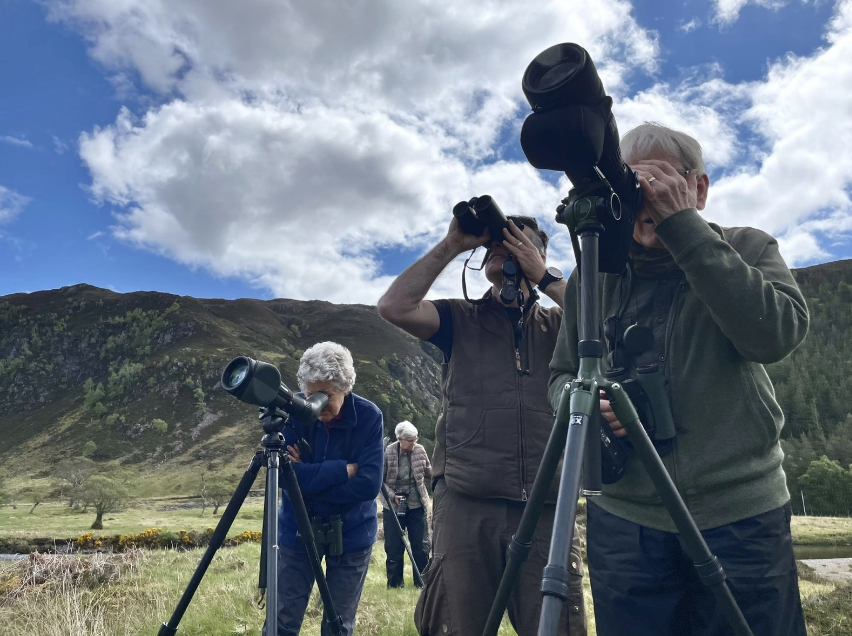 After the success of this year’s Festival of British Wildlife we hope to collaborate with Wildlife Worldwide again soon!