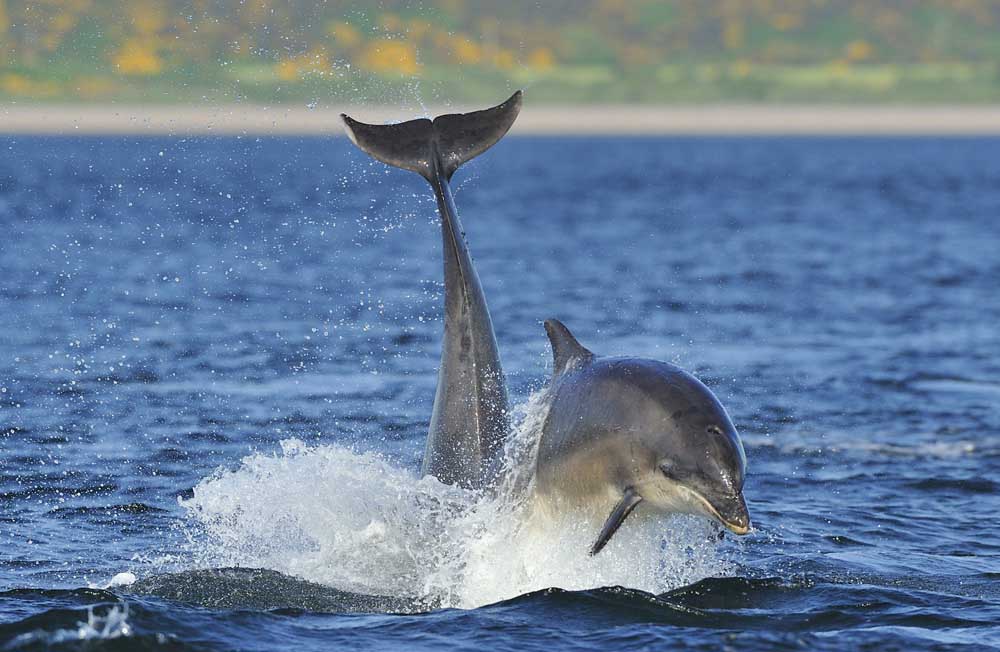 Since coming up to the Highlands I have had great fortune with bottlenose dolphin, harbour porpoise, grey seal, common seal and otter sightings. I have decided to put this to good use and completed training enabling me to survey and record marine mammal activity along the coastline.  Whale and Dolphin Conservation collect scientific data from volunteer efforts to study the presence and abundance of species around the coast and their feeding and behavioural patterns. This can help them to decide which areas of the coast should be prioritised for different types of protection and whether areas are suffering from disturbance. There is a population of around 210 bottlenose dolphins using the Moray Firth and there is a catalogue of fin shapes for all the regularly seen individuals so that they can be identified to name. Scotland’s bottlenose dolphins are the world’s largest, frequently growing up to 4 metres long to reduce heat loss in the chilly waters they call home.

I carried out my first survey at Chanonry Point, a known dolphin hotspot, particularly approaching high tide when the currents funnel in salmon and mackerel for them to hunt. I had come at low tide, not expecting to see much, but barely had I set up the kit when 2 hooked fins broke the surface of the water in the distance, quickly followed by two more. It was Bonnie, a well-loved and frequent visitor of the area, alongside her young calf, an older child of hers and the calf’s father. They drifted sluggishly through the swirling waves before us, ploughing along the surface with ease and came within metres of the shore at one point, giving their many onlookers an unforgettably close view from the comfort of the beach. Later, I glimpsed them jumping about out to sea, waiting for the fish to come in. Just days earlier our photography group had got some amazing shots of the dolphins feeding on some substantial salmon. This can be quite a lengthy process for them as dolphins don’t chew their food so must position large fish in such a way that they can swallow it whole! My survey also captured a rather large grey seal bull curiously observing its spectators from the safety of the sea.

I expect many more fantastic dolphin sightings during the summer and fingers crossed for a whale or two!