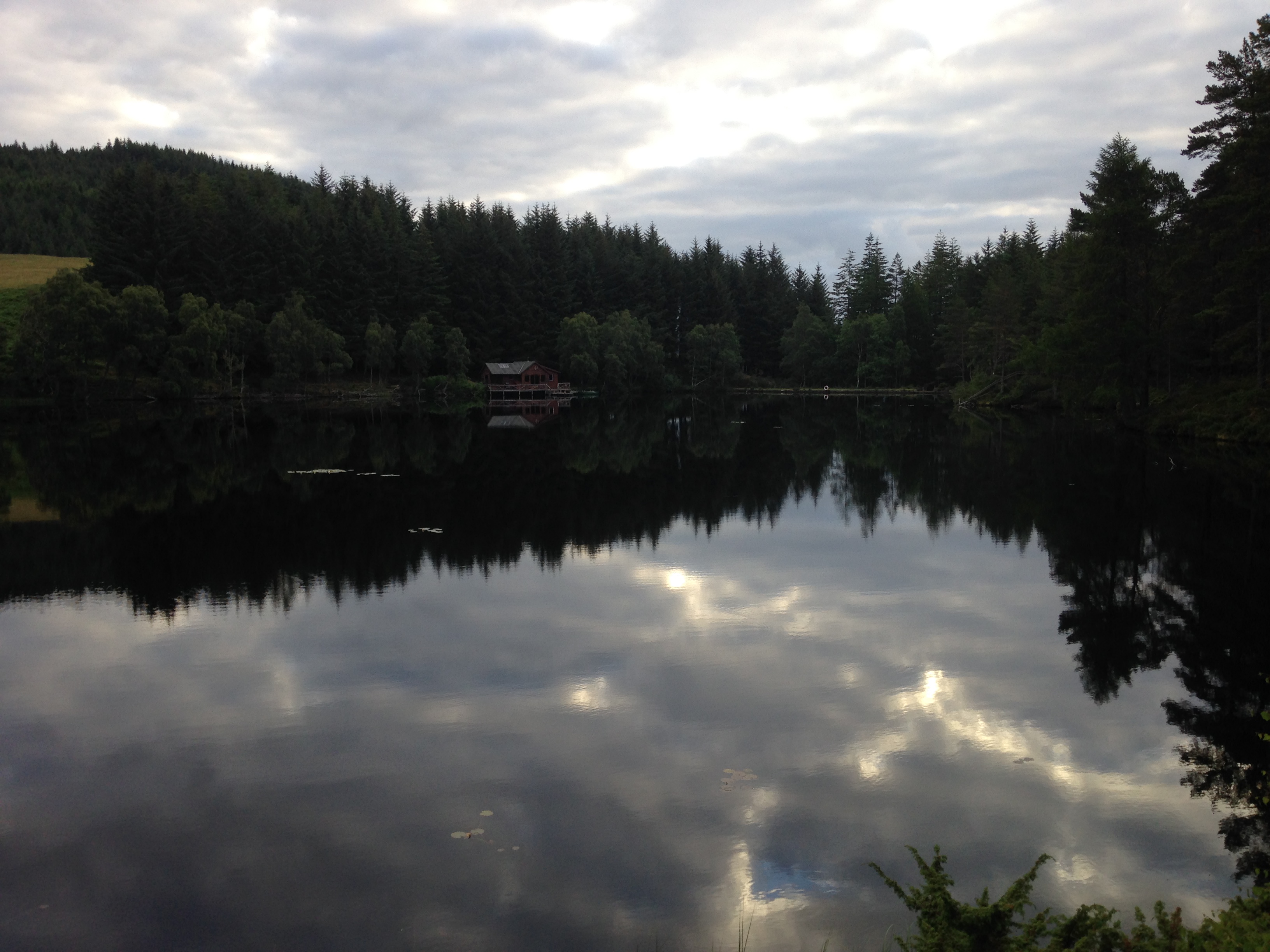 Determined to see an osprey fishing on the Aigas loch I made my way to the Kingdom hide at the ungodly hour of 4.30am. The hide is situated on the banks of the loch and offers excellent views over the water whilst also providing shelter and welcome relief from the midges. Having had fantastic views of a beaver feeding the previous night I was hoping that my luck would continue. I can tell you now that it most certainly did.

Whilst waiting for an osprey to appear I occupied myself by scanning the furthest bank in roughly the same area the beaver had been the night before. Sure enough I managed to spot it again looking like a small furry island breaking the surface of the water. Astonishingly, in the quiet of the morning I could even hear the beaver chewing on the twig it was grasping with its dexterous front paws. As I watched I caught a glimpse of some movement in the corner of my eye. To my delight a red squirrel bounded along the path just behind the beaver. I tracked it with my binoculars as it made its way around the lock with a clear purposefulness before it shot up a spruce tree and began spiralling upwards around it. 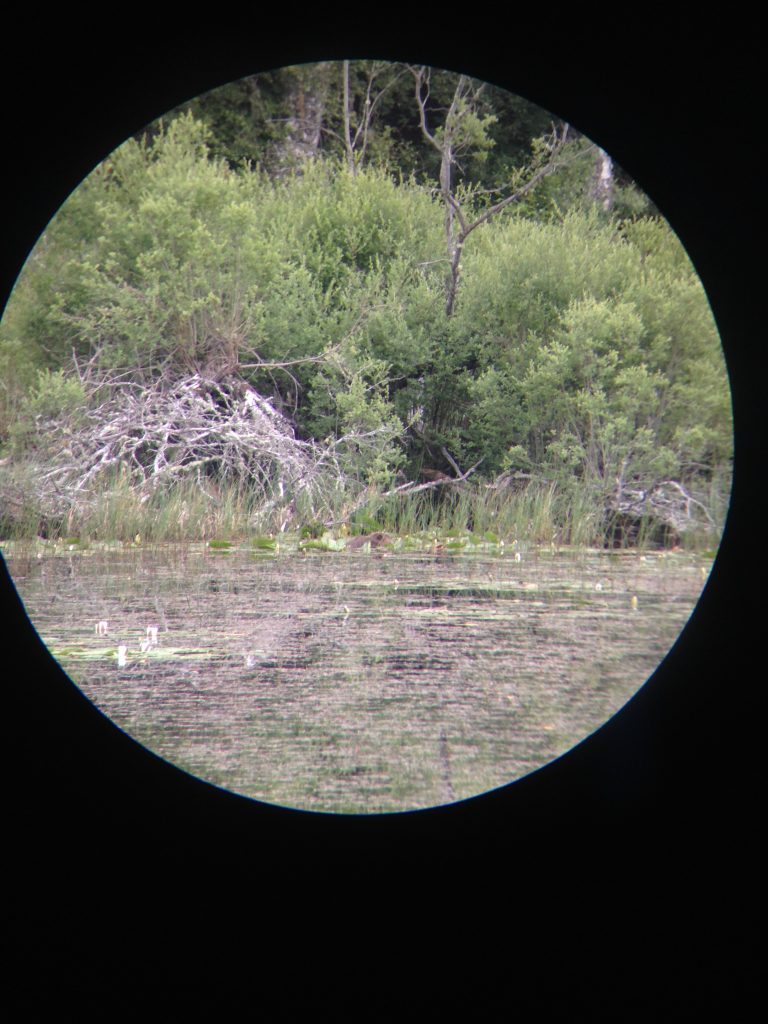 About half an hour later, after the beaver had retreated to its lodge I stuck my head out of the window to inspect the near bank. As I did so I heard the flapping of wings and looked up. My heart raced as an osprey flew by the hide. ‘Could this be it?’ I thought to myself. Disappointingly, perhaps startled by the sight of me the osprey quickly turned and retreated to a branch on the other side of the loch. I wasn’t going to be perturbed though so I waited, and waited. As most birds of prey do when they aren’t hunting the osprey simply sat there, preening and occasionally scanning its surroundings. Nevertheless it was a spectacular sighting and an excellent view of one the highlands most impressive birds. I was also kept interested by the herd of red deer that had appeared in the field adjacent to the loch. There was a mix of hinds, fawns and even a few young stags looking truly majestic in the early morning mist. 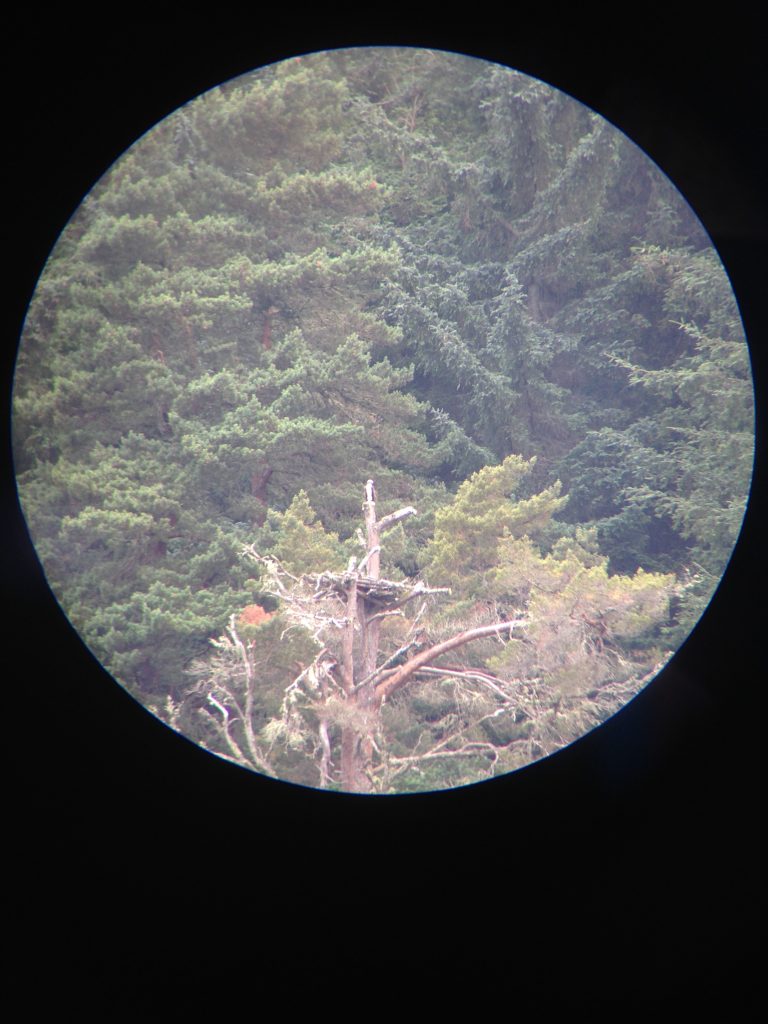 Another hour passed by and still the osprey sat. Having had some brilliant wildlife sightings already I was beginning to think that my luck was spent. It was then that I heard a snorting sound coming from the water by the hide. I slowly crept to the other window and was amazed to see an otter foraging amongst the reeds. It slipped gracefully through the water which was shallow and clear allowing me to see the animal beneath the surface. I stood perfectly still so as not to spook it. I observed the otter as it made its way around the edge of the loch, occasionally hopping onto the bank to mark its territory. Eventually, after thirty magical minutes this beautiful creature disappeared from view. 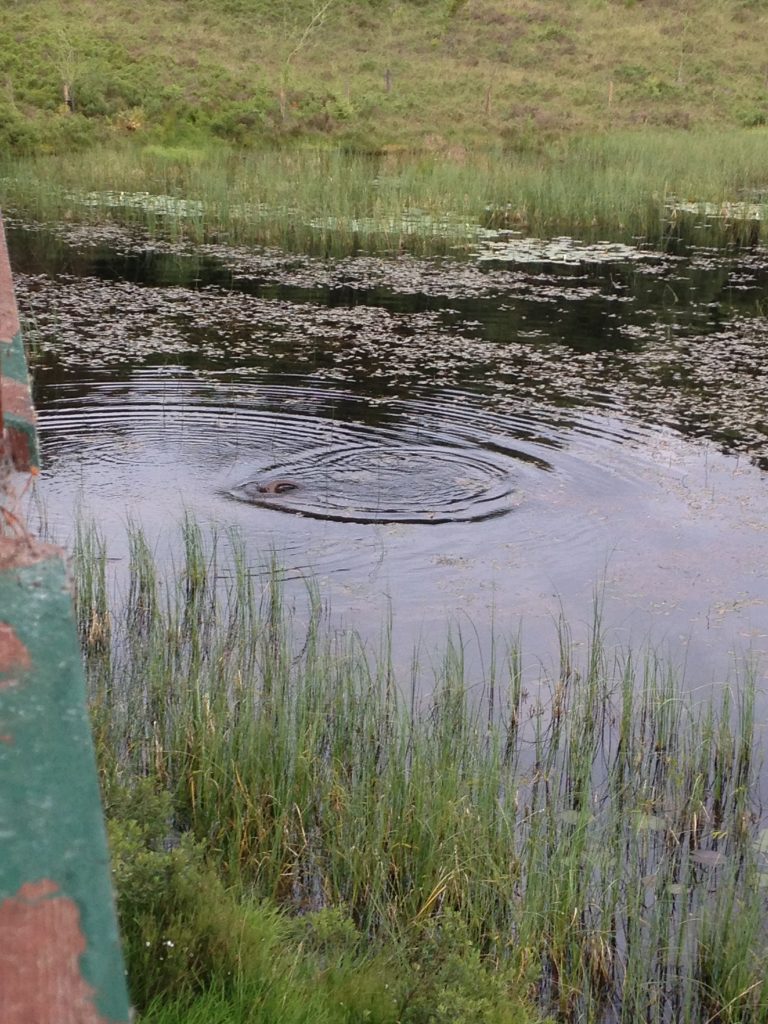 It had been one of the best morning’s wildlife watching I had ever experienced. In nearly three hours the osprey never did attempt to fish. I could hardly complain though as I’d seen some of the best things the highlands have to offer all in a single morning. This was a day I would remember for the rest of my life. It just goes to show what wonders nature has in store if you just have a little bit of patience, and don’t mind the odd early morning of course.