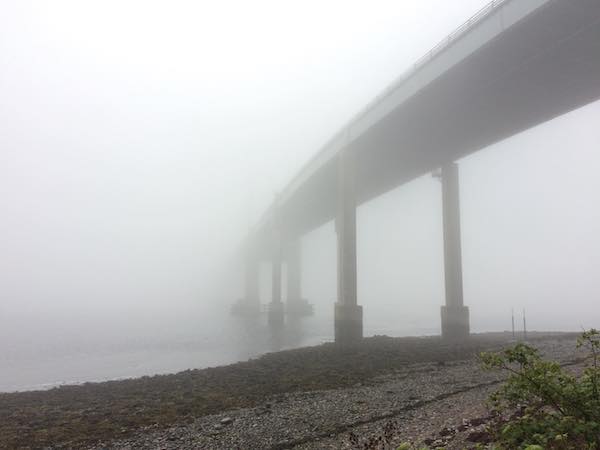 Two weeks ago, I was lucky enough to be joined by a group of Aigas Wildlifers for an early morning trip to the Kessock bridge. We were hoping to see otters (Lutra lutra) but as we set off from Aigas, thick mist was still lying around us and we didn’t want to get our hopes up. The previous mornings had seen the haar (a cold, thick sea fog) lingering over the Moray Firth well into the day, making otter spotting almost impossible. Still, we were determined to give it a shot, and we were rewarded for our efforts. Off in the distance, we spotted a rock with two moving mounds at the top – otters! The creatures were almost ethereal, sometimes vanishing in the mist and then reappearing. We were able to see them for a few short minutes before the fog closed in for good.

This wasn’t the clearest view I’ve had of otters, but it was very special. The fog dulled the sound of traffic and other people, leaving the group feeling like it was just us and the otters in an other-worldly place. Seeing otters is always memorable, but I think this experience will always stand out in my mind.