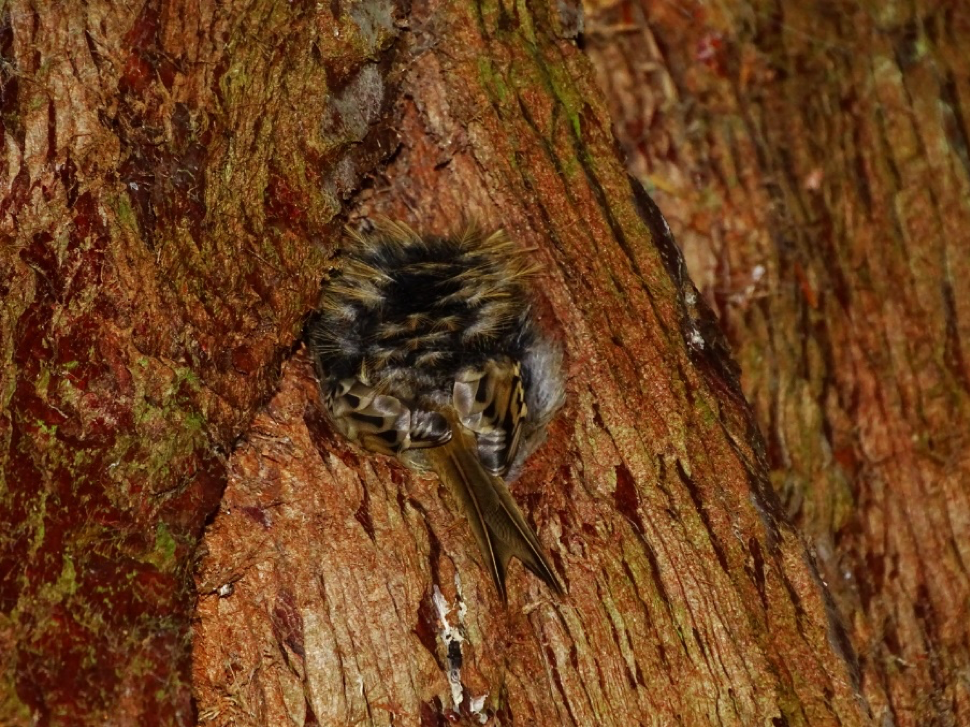 When all had gone quiet on the Aigas estate, I decided to have a wander round our five giant sequoia trees (Sequoiadendron giganteum) that we have on site, originally planted by the Gordon-Oswalds who built the Victorian part of the Aigas house. I always look up in awe at these trees and how the wet climate in the UK has allowed them to grow so quickly compared to in their native range in California. It is remarkable that the sequoias we have in Scotland are only around 200 years old at most but they have grown so tall and are now an important part of other species’ habits.

If you look up at a giant sequoia you will most probably notice a number of holes excavated by birds. Most people will instantly jump to the conclusion that a woodpecker has made these holes, and this was believed for several years before evidence emerged that a much smaller bird was responsible for some of them. These are the roost holes of the treecreeper (Certhia familiaris). 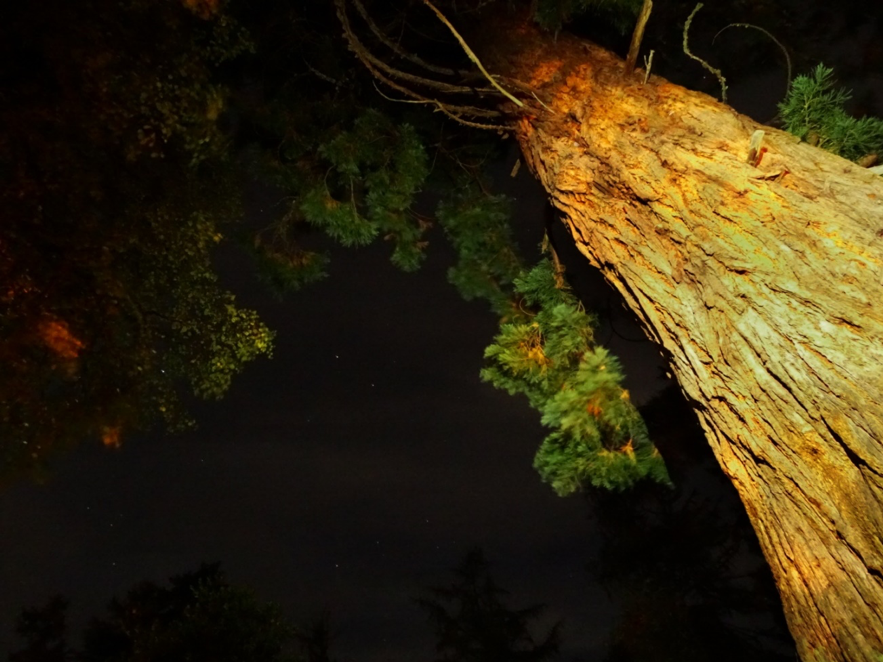 On my first evening looking for these birds, I wrapped up warm and set out with a torch into the dark night. Everything was calm and as I looked up into the sky, hundreds of stars were shining above the sequoias. I didn’t see any birds this time so I decided to play around with my camera instead…

The next night, I decided to try again, a little earlier this time. I crossed a badger on my way down to the trees and once I got to the first giant sequoia, I saw a small feathery ball nestled in a hole about three metres up the tree – a treecreeper! 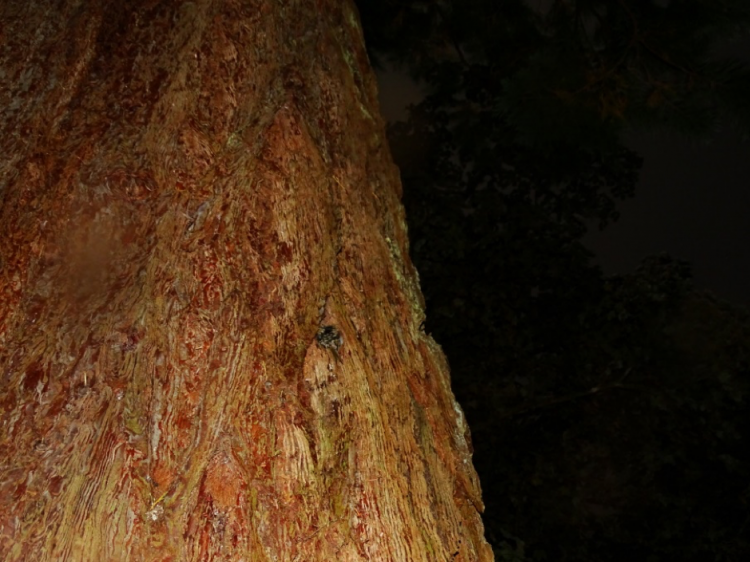 These birds are a fairly regular sight in much of the UK and it is common to see them creeping up trees looking for insects to eat in the crevices of bark. Their curved beak not only allows them to do this effectively, but it also permits them to excavate their roosting holes. The bark of a giant sequoia is so thick and fibrous that the treecreepers stay extremely well insulated whilst roosting on cold winter nights. Come the spring time, they will continue to use trees like the giant sequoias at Aigas to nest in, this time using crevices in bark to build their nests.

It is well worth keeping a look out for treecreepers roosting over the winter. It is such a beautiful sight looking up at one of nature’s giants to find this miniature wonder of the natural world.