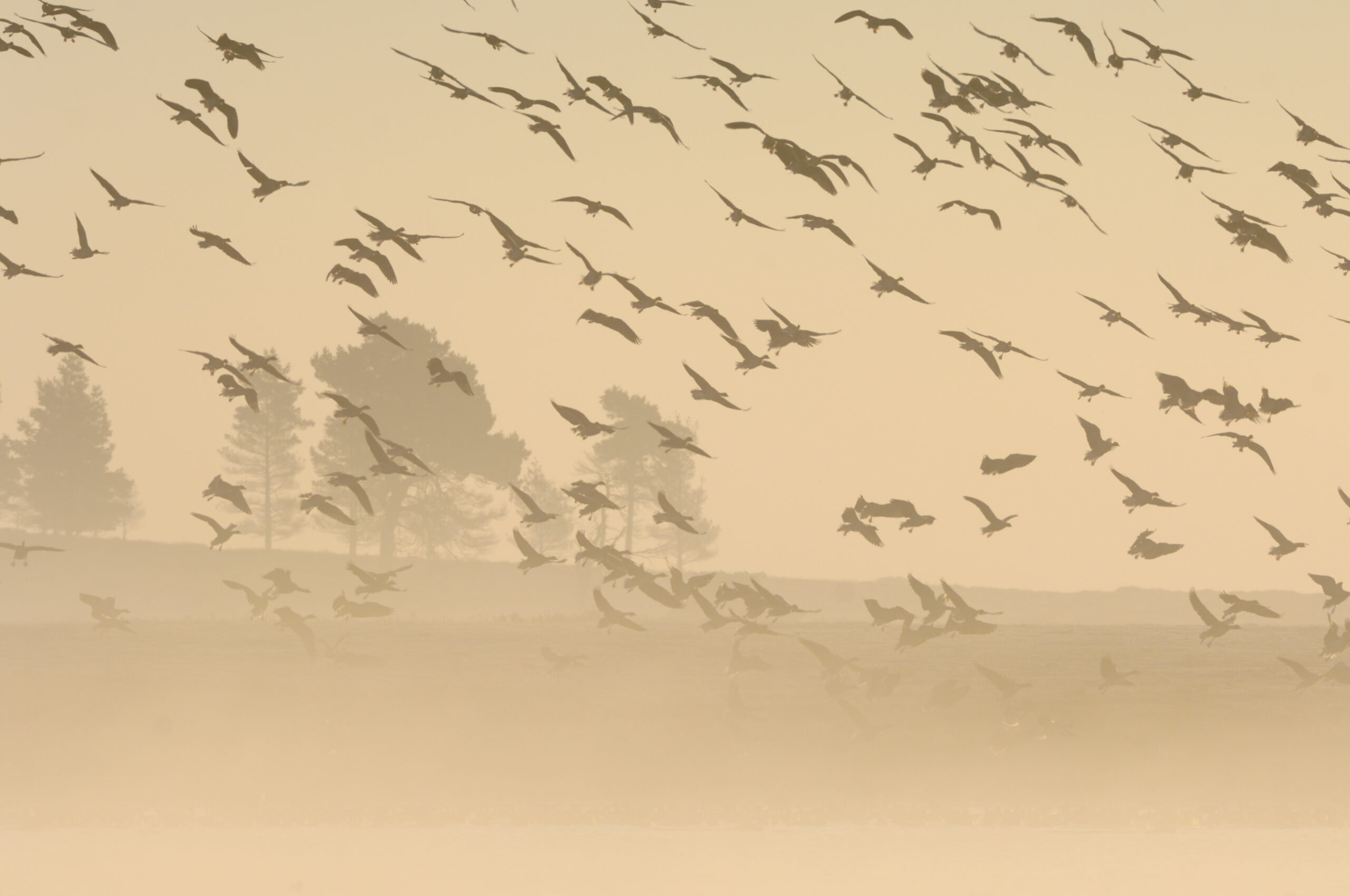 We have seen thousands of Pink-footed geese flying over Aigas recenly. These birds have migrated from their breeding grounds in Iceland, Greenland and Spitsbergen (Norway) to winter in the UK’s wetlands and farmlands. Around 510,000 individuals are expected annually in the UK, with a large percentage in East Anglia. Around 90% of the world’s Pink-footed geese spend the winter in the UK, seeking to escape the extreme temperatures in the Arctic. Our northerly location means vast numbers are seen (and often heard) flying over Aigas at this time of year as they pass over on their way further south.

Geese will often be seen migrating in a v-shape formation, with flocks being known as ‘skeins’. This formations helps geese travel as the front goose breaks up the air that they are flying into. This creates a slip stream effect meaning the geese behind don’t need to expend as much energy to migrate. Geese take turns to lead the flock. If a goose is injured, a couple of other geese will often stay behind with the injured goose until it has sufficiently recovered to continue its migration.

Pink-footed Geese are easily identified with good views. They are much smaller than our most common geese (Greylag and Canada geese), with pink legs and a large, although varying, amount of pink on their black bill. In flight, these geese are most easily identified by their call, described as a ‘wink-wink’ sound, as opposed to the familiar ‘honk’ of other species.

As the winter progresses, other species of goose such as Brent, Barnacle or even Bean or White-fronted Geese may turn up in flocks of Pink-footed Geese, so its always worth looking at geese at this time of year! We can’t wait for other Autumn and Winter migrants to arrive at Aigas!

Have you seen a Pink-footed Goose yet this year?

By Matt Broadbent and Eliane Bornoff.