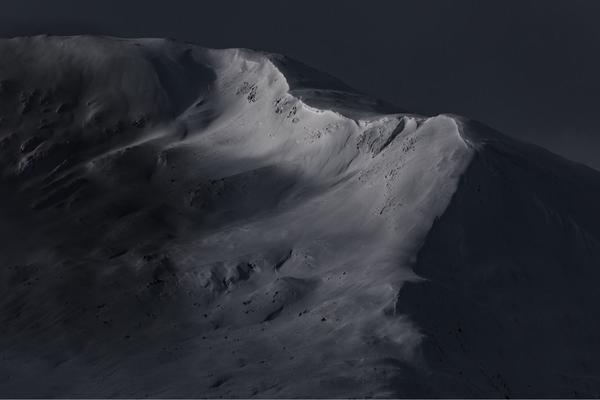 Back in February, Pete and I decided to hit the hills of Glen Affric armed with warm boots, plenty of layers and ice axes for a day of winter walking. With the Highlands still firmly in the grip of winter’s freezing fingers, we had a limited number of daylight hours to play with. With our alarms set for 4:30am, we aimed to be walking by sunrise. Being woken up at such an early hour always feels a little painful, but once you are outside the sacrifice pays off. I find being surrounded by nature at this time a moving experience, hearing the dark morning silence broken by the song of a robin or the movement of a roe deer in the bushes and seeing the first rays of sunlight bring the forest floor to life makes me feel deeply connected to the wildlife I am observing. 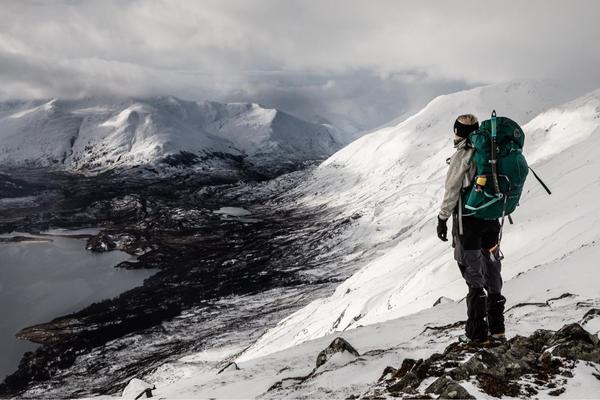 Our route for the day took us up Sgùrr na Lapaich and along its ridge to Màm Sodhail. Standing at 1181 metres above sea level, this is one of the highest hills north of the Great Glen. Walking at these heights in winter can be challenging and dangerous, particularly if the weather takes a turn for the worse. Fortunately, the air was still for our ascent of Sgùrr na Lapaich and we wore just a single layer for most of the walk up, despite being surrounded by snow covered hills. The mountain was so peaceful that we were able to experience an incredibly special wildlife encounter. We had heard from a distance the distinctive calls of ravens carried across the hillside and looked up to get a glimpse of them, as they flew over our heads we heard the sound of wing beats, the noise reverberated off of the snow with heavy flaps as we stood in silent awe. A truly memorable experience. 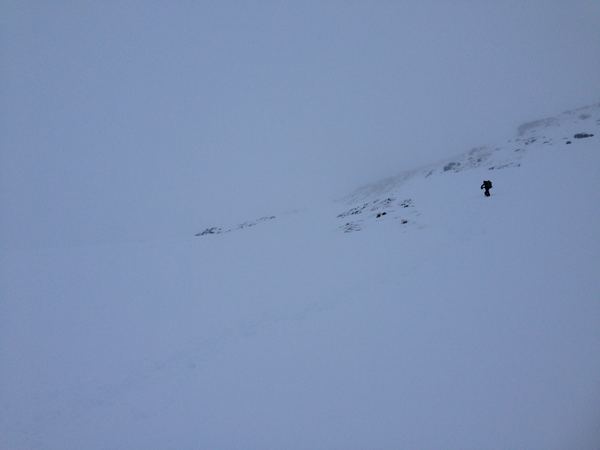 A few hours later we were on the snow covered ridge that connects Sgùrr na Lapaich to Màm Sodhail. At this point the weather was not so tranquil and we experienced our first ‘white out’, these occur when one is engulfed by clouds in a snow covered landscape, leaving no hint of a boundary between land and sky. The result is a disorientating experience in which all that is visible is a pale haze in every direction. It was during one of these moments of almost zero visibility that we experienced another memorable wildlife encounter. Briefly, the clouds began to thin and as our visibility increased we saw the ghostly image of a ptarmigan in winter plumage appear out of dense cloud cover on the north side of the ridge. It silently took a few steps and was once again engulfed by cloud on the southern slope. The encounter was so fleeting that it felt almost like a mirage, had Pete not been with me and confirmed the sighting, I would have thought that my mind was playing tricks on me. 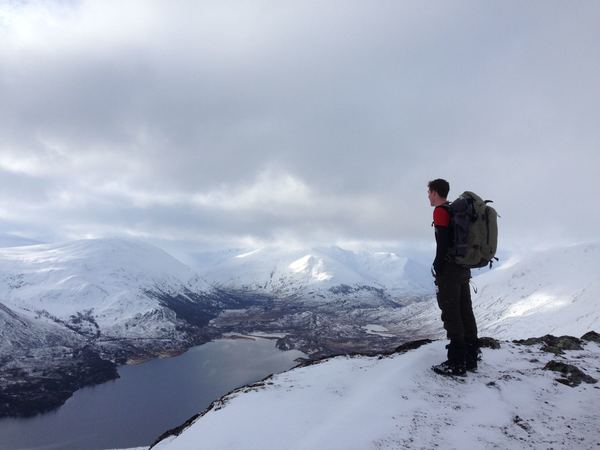 Getting up into the hills is always a worthwhile use of a day, often made more rewarding by the unexpected wildlife encounters along the way and the sense of achievement gained by spending a day pushing your body both psychically and mentally. Scotland is the most mountainous country in the UK and here at Aigas we are fortunate to be able to access many of these beautiful mountains within a short drive from home. This landscape has inspired many geologists and naturalists, none of whom describe the importance of our mountains and remote places better than John Muir, the “Father of National Parks”. I will leave you with one of my favourite quotes of his, which is as applicable now as when it was written in 1901. “Thousands of tired, nerve-shaken, over-civilized people are beginning to find out that going to the mountains is going home; that wildness is a necessity; and that mountain parks and reservations are useful not only as fountains of timber and irrigating rivers, but as fountains of life.”

If you feel like getting out into the hills and experiencing unique wildlife on foot (no ice axes or winter boots required!), then have a look at our Walking and Wildlife programme. The programme involves low level walks during which we explore coastlines, rivers, glens and lochs. There is also the option of a high level hike, allowing you to become acquainted with the mountainous landscapes that inspired John Muir and continue to inspire many others.