The Role of Aigas

At Aigas Field Centre we are committed to conserving wildcats in Scotland. From our inception in 1976 we have been spreading awareness of the threats facing these creatures whilst championing their protection in the wild.

‘The Aigas Wildcat Conservation Breeding Programme’ was set up in 2011 and we are now breeding these animals in collaboration with a large network of organisations, who share the ultimate goal of releasing wildcats back into large tracts of healthy Highland habitat. We are working to breed enough wildcats for release, so a wild population can not only survive but thrive and spread to colonise new areas.

Captive breeding of wildcats in Scotland has helped prevent them disappearing completely from our landscape and will play a vital role in the future conservation of his animal. A plan is in place to start releasing wildcats back into the Scottish Highlands in the near future.

The Wildcat in Scotland

The wildcat Felis silvestris silvestris is our last remaining native feline, on the brink of disappearing and termed functionally extinct in the wild. We must act now to save this stunning species. Not only is the wildcat a key component of the Scottish ecosystem or iconic symbol of many a Highland clan, these creatures carry the very essence of a wilder Scotland which we are working to restore.

The wildcat has the appearance of a large muscular tabby cat with a broad head and distinct fur pattern. The most obvious visual characteristic of a wildcat is the thick, ringed, blunt tail. The vertical unbroken stripes running down the flanks of these animals has given rise to their romantic name, ‘The Highland Tiger’.

Wildcats evolved to live in woodlands, though some have now adapted to occupy more open habitats such as moorland and farmland. As an ambush predator, waiting outside the burrow of rabbit or small rodent is an ideal feeding strategy for the wildcat. Though if presented with the opportunity will predate birds and reptiles.

Wildcats generally live solitary lives except for during the mating season and when kittens are young. The breeding season is in winter, generally from January to March and after a gestation period of around 64 days, wildcats give birth to a litter of one to four kittens. At this time of year, male wildcats will expand their range in search of receptive females. After mating male wildcats play no role in raising any kittens, this responsibility lies with the mother.

Wildcats started to recolonise Britain alongside many terrestrial mammals at the end of the last ice age (~11,000 ya) whilst a land bridge between Britain and mainland Europe existed. During the last few thousand years, wildcats carved out a niche for themselves as a medium sized predator, preying upon main small mammals. Living alongside bears, wolves and lynx was part of everyday life for the wildcat, though being a great climber with abundant woodland present provided the wildcat many places to hide if necessary. After human colonisation of Britain, the wildcat’s fortunes began to change due to habitat fragmentation and hunting.

Habitat loss and persecution drove the wildcat from much of Britain and into its last refuge in the Scottish Highlands. Because the wildcat population was small and fragmented, hybridisation with domestic feral cats took off. Unfortunately, wildcats still suffer the threat of hybridisation along with persecution (illegal trapping and poisoning), roadkill, unhealthy environments and habitat fragmentation.

The Aigas Wildcat Conservation Breeding Programme is funded by the Aigas Trust a registered charity and relies on donations to operate. By adopting an Aigas wildcat you will be contributing towards food, enclosure maintenance and building, husbandry costs and veterinary fees. Your donation will go to the Aigas Trust. Conservation breeding has been a vital tool in preventing wildcats in Scotland from going completely extinct, we must continue to breed wildcats in captivity to help rebuild a strong wild population.

If you would like to make a contribution to the Aigas Wildcat Conservation Breeding Programme by adopting we have a variety of adoption packs for adults, detailed below.

If you you have any questions, please contact the Aigas office at info@aigas.co.uk. We are happy to answer any questions you have.

For information on what work has been taking place in the field around the Scottish Highlands please follow this link to Scottish Wildcat Action (SWA).

For information on the next six years of wildcat conservation in Scotland please follow this link to information about the Saving Wildcats Project. 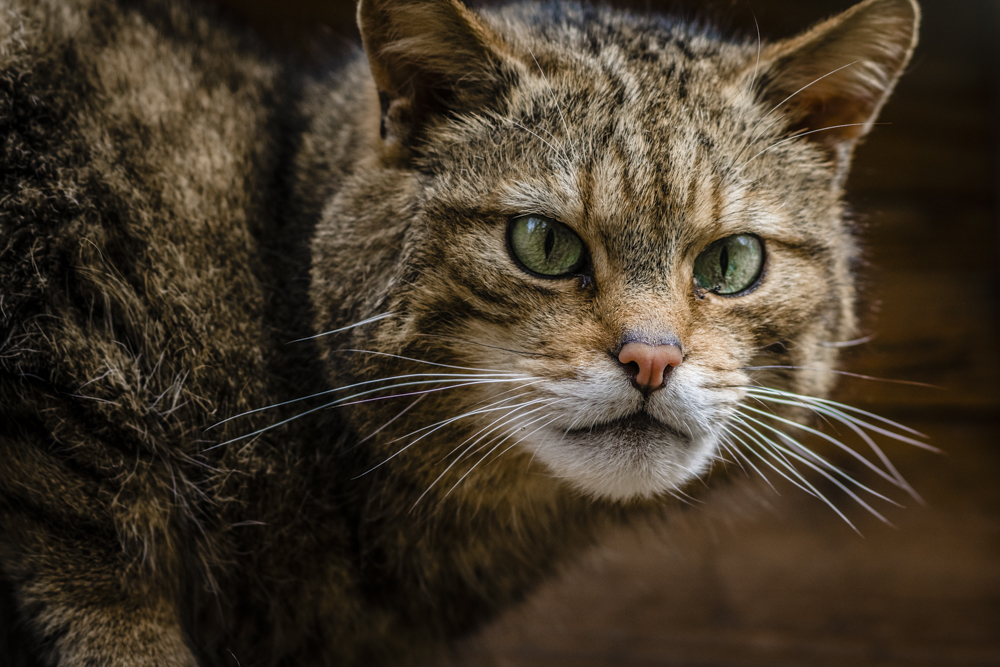 If you have seen what you think is a wildcat you can report the sighting to SWA here.

Or if your sighting has taken place locally to Aigas or the surrounding straths and glens, please also report this to Aigas Field Centre.

For more information on the work The Aigas Trust does, please visit: www.theaigastrust.co.uk